Nothing is better for fossil fuel interests than current government policies supporting wind, solar and electric cars, writes independent researcher Schalk Cloete. These green technologies won’t reduce fossil fuel consumption sufficiently for a long time to come, so the fossil fuel sector will be able to survive that much longer. In the third and last part of  a series on green technology-forcing, Cloete calls on all sustainability advocates to work together towards the common goal of emission reductions instead of pushing certain preferred technologies.

The world has committed over $3 trillion to wind and solar technology-forcing (source). Additional indirect subsidies such as artificially low interest rates, underutilization of dispatchable plants and large transmission buildouts should be of a similar magnitude.

This article is a call to all sustainability advocates to work together towards a common goal instead of perpetuating stalemated arguments about preferred technologies (e.g. wind/solar vs. nuclear). Consistent advocacy for technology neutrality combined with strong opposition to any kind of technology-forcing is a much more productive use of the time and initiative of sustainability advocates. This article will strive to clearly justify this statement.

Technology-forcing is great for fossil fuels

If I was the CEO of a fossil fuel company today, I’d be very happy with the current policy landscape. Everyone knows that fossil fuel use must start declining in the medium-term future, but wind/solar/BEV technology-forcing policies will ensure that this inevitable decline is delayed as long as possible.

As an example, current BEV technology-forcing policies in the US cover the entire cost of a Chevy Bolt or Tesla Model 3 battery pack. As a result, about 0.1% of passenger cars are now BEVs, displacing about 0.03% of oil consumption. But the very low US gasoline taxes (lack of technology-neutral policies) means that the recent oil price crash caused a large relative reduction in gasoline prices, prompting people to buy large trucks and SUVs and drive more. As a result, US oil consumption has jumped a full 5% since the oil price crash, dwarfing the small reduction from BEV technology-forcing.

Indeed, after a single year of pain in a golden decade for oil & gas companies, the fossil fuel profit machine is again leaving clean energy companies behind. As shown below, the billions in profits from the two largest US oil & gas companies is matched only by the similarly large losses from prominent US clean energy players, both of which have benefited enormously from over a decade of strong technology-forcing policies and very generous capital markets.

While green advocates celebrated solar PV’s first 100 GW year, fossil fuels quietly accounted for 70% of energy growth in 2017. Oil and gas both made significant gains, with even much maligned coal registering a significant uptick. Over the next decade or two, even a full commitment to all clean technology-forcing plans will not stop fossil fuel growth, leading to rapidly widening emissions gaps.

No amount of technology-forcing can change the fact that fossil fuels are perfect for industrialization (simple, low up-front costs, and directly applicable to all sectors of the economy), or that most of the world still needs to industrialize. No amount of technology-forcing will change the fact that some OPEC nations make 500% operating profit at a moderate oil price of $60/bbl.

Most sustainability advocates are totally distracted by the emotionally charged wind/solar power and BEV growth story. .. fossil fuel interests simply need to sit back and allow them to do their work for them

And no amount of technology-forcing will change our wasteful and unhealthy consumerist culture. (In fact, a significant part of the appeal of companies like Tesla is the false promise that exponential material consumption growth can continue uninterrupted without fossil fuels, that excessive consumption can be guilt-free.)

Displacing unabated fossil fuel combustion at the rate recommended by climate science will require the absolute maximum out of every one of the sustainable development pathways discussed in the previous article. And this can only be done through technology-neutral policies.

Technology-forcing is a great distraction

If humans were rational creatures, we would have had technology-neutral policies addressing all major externalized costs long ago. Almost everyone agrees that such policies are the most efficient way to address undesired effects that are not directly accounted for in current price signals. In addition, the scientific literature has already quantified these externalized costs to a sufficient degree of accuracy to initiate meaningful policies.

Unfortunately, most sustainability advocates are totally distracted by the emotionally charged wind/solar power and BEV growth story. They spend a lot of time and effort tracking every new deployment, building 100% renewable energy scenarios, campaigning for continued or even stronger technology-forcing policies, and arguing how much better these technologies are than dirty fossil fuels or dangerous and expensive nuclear. In other words, an enormous amount of effort and initiative is being invested in promoting one sustainability pathway over all others.

As outlined in the previous section, fossil fuel interests simply need to sit back and allow these sustainability advocates to do their work for them. Since the rate and extent of wind/solar/BEV growth is fundamentally limited and the majority of the global economy is yet to be built, these trends offer no material threat.

Technology-neutral policy and the wide range of sustainable development trends it will unleash is the only thing that can halt and reverse global fossil fuel growth, but sustainability advocates are too distracted by wind/solar/BEV developments to recognize this key truth.

Clean energy technologies evoke a surprisingly large amount of emotion. Anyone who has spent some time on energy and climate discussion forums will know how emotional the debate can become. Predictably, the most common outcome of such debates is that both parties just become even more entrenched in their beliefs.

Wind/solar power and BEVs are capable of inducing an especially strong emotional response. The ideological attractiveness of a world powered entirely by sun and wind combined with the promise that rapid cost reductions will soon overthrow the dirty fossil fuel establishment has gathered a broad global fan-base. Nuclear energy also has a passionate following, with other technologies like biofuels and the hydrogen economy enjoying notable support.

This formation of distinct and opposing technology-forcing camps within the sustainability movement (wind/solar vs. nuclear being the most prominent example) is the best possible outcome for fossil fuel interests. In any conflict, getting your opposition to fight among themselves is the easiest road to victory. Unfortunately, this is what is happening at the moment.

So there it is: fossil fuels are invincible without technology-neutral policies, but the current commitment to wind/solar/BEV technology forcing will delay the onset of such policies for as long as possible. As clearly illustrated in earlier articles, continued evolutionary improvement in wind, solar and battery technology is not going to achieve some magical tipping point beyond which fossil fuels will be unceremoniously swept aside by market forces.

These technologies face various fundamental headwinds that will increase with deployment at least as quickly as costs come down. This is especially true in the developing world where discount rates are high, making strategies with high up-front costs and low capacity utilization economically uncompetitive.

The levelized cost of $1000/kW solar PV can vary over an order of magnitude depending on the capacity factor (CF) and discount rate.

In addition, there is a distinct possibility that green technology-forcing can do more harm than good. Technology-forcing is inherently economically inefficient and, in the developing world, economic inefficiency slows the rate of improvement in quality and quantity of life, climate change resilience, and the productivity required to pull off a rapid future decarbonization effort. In short, economic inefficiency costs many more lives than coal power plants or internal combustion engines.

It is therefore crucial that we change the clean energy and climate discussion from an argument about which technology is best to consistent advocacy for the most efficient solution: technology-neutral policies. Not only does technology-forcing of certain ideologically attractive technologies have no chance of toppling fossil fuels, but it may even be more harmful than doing nothing.

Continuing on the current path will surely allow clean energy to win several battles to great fanfare from wind, solar and BEV advocates, but ultimately fossil fuels will win the war

Technology neutrality, on the other hand, has been proven to work. As a simple example, Europe imposes much higher energy taxes than the US, mostly to improve energy security and to minimize pollution and congestion. As a result, the EU produces an enormous 50% more GDP (PPP) per unit primary energy consumed and an even greater 65% more GDP per unit CO2 emitted than the US. Despite its relatively low energy consumption, the EU achieves significantly higher life expectancy and similar life satisfaction to the US.

Data sources for GDP and energy/CO2.

In closing, I want to repeat: This article is a call to all sustainability advocates to work together towards a common goal instead of perpetuating stalemated arguments about preferred technologies (e.g. wind/solar vs. nuclear). Consistent advocacy for technology neutrality combined with strong opposition to any kind of technology-forcing is a much more productive use of the time and initiative of sustainability advocates.

Continuing on the current path will surely allow clean energy to win several battles to great fanfare from wind, solar and BEV advocates, but ultimately fossil fuels will win the war. We really need to open our eyes to the bigger picture. And we need to do so very soon.

Schallk Cloete describes himself as “a research scientist searching for the objective reality about the longer-term sustainability of industrialized human civilization on planet Earth. Issues surrounding energy and climate are of central importance in this sustainability picture and I seek to contribute a consistently pragmatic viewpoint to the ongoing debate.”

This article was first published on The Energy Collective and is republished here with permission. 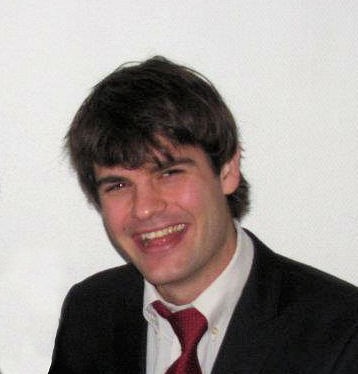 My work on Energy Post is focused on the great 21st century sustainability challenge: quadrupling the size of the global economy, while reducing CO2 emissions to zero. I seek to contribute a consistently pragmatic viewpoint to the ongoing debate on this crucial topic. My formal research focus is on second generation CO2 capture processes because these systems will be ideally suited to the likely future scenario of a much belated scramble for deep and rapid decarbonization of the global energy system.