Buildings are responsible for 36% of total EU carbon emissions. So, since the start of 2021 European legislation requires all new buildings to be ‘nearly zero energy’. The frontrunners are France and Flanders in Belgium, according to a new report from the Buildings Performance Institute Europe (BPIE), writes Clare Taylor. Both jurisdictions have plans for phasing out fossil fuels in new buildings within five years. Taylor explains how Flanders has pursued a strategy of ongoing stakeholder involvement and clear communication, dating back to 2013, which ensured a gradual tightening of regulations that were achievable by the sector. Along with improving energy performance, the use of renewable power and heat pumps has grown accordingly. France is signalling fossil fuel phase-out, with oil-based heating banned in new buildings from January 2022. But critics are warning that an over-dependence on clean but expensive electricity will exacerbate fuel poverty, and that alternatives like biogas and district heating should be made available too. France also stands out as the first to introduce requirements that cover whole life-cycle embodied energy and carbon in the construction of buildings. But France and Flanders aside, progress across the EU has been disappointing.

A report published this week from BPIE takes a closer look at a milestone of EU buildings legislation: from the beginning of 2021, all new buildings in the EU must be nearly zero-energy buildings (NZEBs), meaning a building with a very high energy performance, and for which the remaining energy is primarily renewable. This milestone is important for EU decarbonisation efforts, as the buildings sector accounts for 36% of the EU’s carbon emissions and 40% of its energy use. Given this sizeable footprint, it is critical that new buildings are NZEBs so that their energy and carbon impact is reduced as much as possible.

Limited progress in most nations

However, progress is limited, according to the report. Findings from the six regions in focus (Flanders, France, Germany, Italy, Poland, and Spain) highlight that the decarbonisation in new buildings in the EU is happening too slowly and inconsistently. One conclusion to draw from this is that Europe’s 2050 energy and climate targets will be at high risk unless policies can be reframed for greater impact on the market.

Marijke De Meulenaer from Vlaams Energie- en Klimaatagentschap (Flemish Energy and Climate Agency) sets out the agency’s approach to setting increasingly stringent standards – and bringing the market along with it.

“In 2013, we made a decision for the path to 2021 based on cost-optimal calculations, and worked intensively with the major stakeholders,” says De Meulenaer. “We regularly meet with building industry representatives – architects, engineers and contractors – about three times a year. At these meetings, we discuss what is happening with the energy performance standards, and we make clear our intentions. This ongoing consultation and exchange mechanism has been in place for about ten years now.”

The leading metric (known in Flanders as the “E Level”), E100, represents a baseline level of primary energy demand for a given building typology. For residential new buildings, the E100 Level baseline was set using a calculation based on 200 reference buildings.[2] The “NZEB Level” in Flanders has been set at E30, which means 70% below the baseline primary energy demand of E100.

To steer new buildings towards the NZEB target, the E Level for new buildings has been gradually tightened over time, with a new step introduced every two years: from E100 in 2010 to E60 in 2014, and then down to E30 for buildings constructed after 1 January 2021.

De Meulenaer explains: “Of course, the calculation method for E100 has evolved since we started – the approach has been refined with detailed methods and input so that you can better assess the E-level. Still, there are trade-offs to be considered. For example, in E100, there is a value for air tightness which is a mean value measured from existing buildings. At this point the air tightness value could be updated – but then you lose the benchmark. Although the average citizen will not have detailed knowledge, the industry now well understands the standard. With the new EPBD, we may have to revise the E Level – but we want to keep this standard, it is established in the market – you see it used in real estate advertising and people understand what it represents”.

There is also marked positive momentum in Flanders for renewables take-up, notably solar PV, heat pumps, and/or solar thermal technologies in new buildings. The figure below shows the share of new residential buildings in Flanders that have used these technologies as part of their construction.

The lion’s share of this growth has been primarily in solar PV, although there has been a marked increase in the installation of combined solar PV and heat pump systems. De Meulenaer associates this increased penetration of renewables with the incremental progress of the E Level, together with the introduction of a separate requirement on renewables. She explains: “From 2014, there was a minimum requirement for renewables in kWh/m2, and at the start you could choose between six measures. Otherwise, you had to get an E Level that was 10% lower – but you had a choice.” Over time, De Meulenaer has seen the market respond positively to the increasingly strict requirements: “In the beginning there were certain arguments like ‘we can’t use PV’ or ‘there’s no place for a heat pump’. But in time we see now that nearly all new buildings are coming with PV installed.”

Heat pumps instead of gas boilers

The heating industry has changed too, with both producers and installers switching to heat pumps instead of gas boilers, according to De Meulenaer: “We see a shift in this area. It takes time to move a market, you have to do it in steps so that you clearly signal the path ahead. Then the market really stops guessing the direction – they know it is going to happen.”

The take-up in renewables paves the way for a complete phase-out of fossil fuels. In Flanders, the government’s intention is to ban new gas connections in new buildings as of 2026. Again, there is an intermediate step, “First, in 2023 only new gas boilers are allowed in new buildings with a heat pump combination as a hybrid system,” explains De Meulenaer, “but we think that a lot of people will already go for the heat pump alone rather than a hybrid:”

France is also signalling fossil fuel phase-out, with oil-based heating banned in new buildings from January 2022. The move is first targeted at individual dwellings, not multifamily buildings, notes Etienne Charbit, from CLER, an energy transition association based in Paris.

Although broadly in favour of the move, “we need to make sure that electric heating is not the only solution,” says Charbit. “Electric heating is expensive and can induce a lot of energy poverty – we would like to also see some allowances on biogas or district heating, for example. We see in all public policies a major move towards decarbonised heating via electricity. The first priority must be energy efficiency first – to bring the energy consumption as low as possible.”

Embodied energy and carbon in the construction of buildings

Among the geographies surveyed in the report, France stands out for the first introduction of requirements that cover embodied energy and carbon in the construction of buildings. This is a significant paradigm shift for the construction industry, which up to now has only had to consider in-use energy consumption. Charbit hails the introduction of the measure as “a step in the right direction” though some push-back is in evidence. On the Member State level Italy and Poland are in opposition, and industry players are questioning the methodology used by the French administration.

Will Flanders be the next to mandate limits on whole life-cycle embodied carbon and energy in buildings? “For that we are waiting for the new EPBD;” says De Meulenaer. “We have a standard from the Public Waste Agency of Flanders (OVAM) called the M Level – developed in close cooperation with the administrations in Brussels and Wallonia. So, we are ready for the next step of including embodied carbon and energy.” 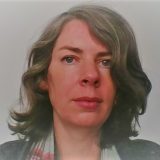