Maros Sefcovic, Vice-President of the EC in charge of Energy Union shakes hands with Alexander Novak, Minister of Energy of Russia in Berlin, Tuesday, July 17, 2018.

The bilateral Russia Ukraine gas transit contract expires at the end of this year bringing the potentially conflicting interests of both parties and the EU into focus. The EU will be acting in the interest of those member states directly affected as well as having a role in avoiding tensions affecting its neighbour Ukraine. Cue much speculation from interested and neutral observers alike. Zuzanna Nowak, independent researcher and commentator, sums up the state of play for Energy Post.

The IFRI’s recent “Edito Energie” on Russia-Ukraine gas relations depicts a dramatic scenario for the coming months. Their premise is that with little more than half a year to go until the end of the Gazprom – Naftogaz gas transit contract, there are still far too many big outstanding uncertainties regarding the future of Russian gas supplies to Europe and their impact on gas markets. It describes a plot full of pitfalls creating tensions with the climax of the conflict set for “one second to midnight”, just as the bilateral gas transit contract expires, on the 31 December 2019.

All very exciting! But in the sober light of day, whilst the situation is certainly multi-faceted, I don’t see it as perilously poised as the IFRI makes out. To begin with, the possibility of emotions running high, as in the 2006, 2009 and 2014 Ukraine-Russia gas crises, is relatively low for the following reasons: 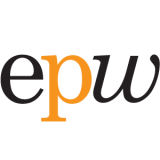 Energy Post original analysis available to our supporters and subscribers