On Wednesday 23rd January the ITRE committee vote on the agreement on the Electricity Market Design Directive and Regulation that was reached in December 2018. The day before, climate think tank E3G will publish a report on what still needs to be done by the next Commission, above and beyond the existing Clean Energy Package. In an interview with RAW Talks, E3G’s Chairman, Tom Burke, talks about both the practical and political challenges that need to be faced by all of us.

In the 16-minute interview Tom Burke covers a lot of ground, and keeps positive while stating the obstacles that need to be overcome: “Technically, we have all the technology we need for the world to be carbon neutral if it wanted to be. It won’t damage the economy, but it will change the pattern of winners and losers.” He’s confident we’re getting the technology and the economics right, but that’s not nearly enough: we need to get the politics right.

“Technically, we have all the technology we need for the world to be carbon neutral if it wanted to be. It won’t damage the economy, but it will change the pattern of winners and losers.”

Overall, the new green economy can fully replace the old carbon economy. But of the political and social consequences of that transition, he warns: “These are quite difficult social adjustments.” There will be lots of green jobs, but “these won’t be the same jobs for the same people in the same places with the same skills.” Politicians have to fix these problems as urgently as they need to resource the new economy. “[But] the biggest resource we are short of is political will.”

“These are quite difficult social adjustments…these won’t be the same jobs for the same people in the same places with the same skills.”

He talks of the threat to – and the response of – the oil and mining companies. He believes the European oil companies are at last starting to think about climate change, but not much more than that. Mining has much bigger problems. Mining industry investments – “big holes in the ground that you can’t move anywhere” – are multi-billion, with a return that comes only after decades. They are in trouble. Tom Burke says that although oil companies are thinking about the impact of climate change, competition from alternatives, and the new and tightening climate laws, the mining industry is not.

Governments, on the other hand, have clearly shown that they understand what is at stake, and are doing something about it. Nations didn’t sign the Paris Agreement (and other climate agreements) because “someone put a gun against their head,” they did it because they understood climate change was a profoundly dangerous issue of global proportions. Policies are being put in place in good faith. “Will countries cheat a bit? Yes, of course they will. Will they try to undo it? No.” It is pleasing to see that when U.S. President Donald Trump threatens to back out of these agreements, the other nations pull together.

“Governments have clearly shown that they understand what is at stake, and are doing something about it”

But even if we agree what needs to be done, do we really know how to do it? He points out that our governments and businesses are very good at fixing problems where there is no time limit. If we get it wrong the first time, we’ll try something else until we get it right. However, we’re not good when there is a time limit, like with climate change. “If we get this wrong we are definitely all in a lot of trouble.”

Tom Burke points out the ironies happening around us. For example, he notes that oil companies in the Arctic are now having to refrigerate the ice to make it hard enough for them to operate their equipment on. Of course, it is these same fossil fuels that are causing the ice to melt in the first place. Telling such memorable stories is an important skill in a world where politics are essential for rallying the general public, not just the law makers and the corporates. 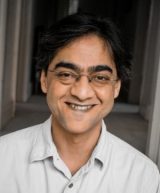