The 2021 Early Release presents historical data through year-end 2019, with some limited results for the year 2020.  Key trends from this latest edition of the report include the following:

The report, along with associated data files and other RPS-related publications by Berkeley Lab, are available for download at http://rps.lbl.gov.  Research funding was provided by the U.S. Department of Energy’s Office of Office of Energy Efficiency and Renewable Energy (Strategic Analysis Team). 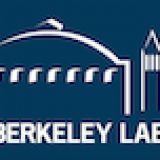