In late summer 2015 at a research university in Belgium, an Italian graduate student new to campus attended a welcome event hosted by engineering department faculty. Sampling beer brewed by an electrical engineering student association, Simone Accornero mingled with a dozen other new classmates in his program at KU Leuven.

Accornero began chatting with an engineering master’s student who had just arrived from Poland. “We hit it off,” Accornero said of the first time he met Grzegorz Bytniweski. “We became good friends.”

This meeting over Belgian beer would change the trajectory of both their lives. Within the next four years, they would move to two different European cities, become early cryptocurrency traders, found a business, roll out the energy sector’s first-ever blockchain software and raise more than €1.4 million in venture capital funding.

Now, along with a third partner, the company those beer-drinking engineering grad students helped launch employs more than a dozen people. Despite a challenging start to 2020 – including a delayed Series A funding round and three lost contracts due to the coronavirus crisis – the company remains committed to its vision: digitize one of the world’s most conservative economic sectors.

A microgrid on the dining room table

Accornero’s and Bytniweski’s studies in Leuven focused on how renewable energy like wind and solar power is consumed – in other words, how cities, companies and individuals across Europe purchase clean electricity to power everything from airport runway lights to electric vehicles, data centers and hair dryers.

After moving to Barcelona to continue their studies, Bytniwski in particular closely followed cryptocurrencies. He was interested in the blockchain technology that gives each virtual coin its own unique and secure digital identity. The two classmates began investigating business ideas that combined energy markets and digitization, and they were among the first entrepreneurs to grasp blockchain’s potential applications in the utilities sector.

“We started thinking about how to apply blockchain solutions to energy problems before anyone really knew what blockchain was or what its potential looked like,” Bytniweski said. “And we believed that we were right at the beginning of a brand-new renewable energy market.”

To test ideas about the relationship between blockchain and energy, they turned their Barcelona flat into a low-budget electrical engineering laboratory. They purchased a few small green computer circuit boards, connected them to lightbulbs and digitally linked the rudimentary contraptions to cryptocurrency accounts they managed.

“We monopolized the dining room table from our flat mates,” Accornero said, laughing. “We were simulating a microgrid.”

The value of innovation during an economic crisis

Using money made from trading a cryptocurrency called Ether and €85,000 in funding from InnoEnergy, a European accelerator focused on early-stage sustainable energy innovation, Accornero and Bytniweski officially formed their company in 2017. They started their business, FlexiDAO, with Joan Collell, whose business experience at Bain and Google complemented the other founders’ engineering backgrounds.

FlexiDAO’s business model is simple: First, use open-source blockchain networks to record energy data and digitally time-stamp electricity at its origin. Then, sell to end-users real-time insights on how much of their electricity actually comes from renewables. With CEOs, big-city mayors and others demanding closer monitoring of Environmental and Social Governance (ESG) metrics like renewable energy purchases, it’s a growing market.

FlexiDAO works closely with European energy companies including Acciona and EDP in Spain, Innogy in Germany and Total in France. These utilities offer FlexiDAO’s insights to more than 20 energy end-users, including name-brand corporations which have publicly committed to powering operations with 100-percent renewables.

However, coronavirus is creating obstacles. Accornero said innovation is one of the first line-items larger companies cut in budgets. While he understands the impulse, he questions its wisdom.

“Stopping innovation forever is not a good way of tackling a crisis,” he said.

FlexiDAO had planned a Series A funding round for February 2021, but due to coronavirus that has been delayed until the first quarter of 2022. The company was fortunate to have Netherlands-based SET Ventures invest €1.4 million in late 2019, and all 13 employees remain on staff as of mid-April, including engineers, sales and marketing professionals and developers.

In recent weeks, FlexiDAO has spent more time seeking public funding from EU programs like the European Innovation Council and national governments in Spain and the Netherlands. But Accornero said it can be hard for startups to access stimulus funds, since programs are often designed for traditional, established businesses with years of steady, consistent revenues. Fundamentally, startups are different.

“Looking at how much my revenues were in 2019 as an indicator of how much I need to survive in 2020 does not add up,” Accornero said. “My team has doubled since last year. I understand the economy doesn’t rely on startups, but innovation is important too. It’s really difficult to do and it adds value to the economy over the long-term.” 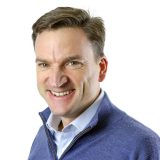 Jeff is a writing, editing and strategic communications consultant specialising in climate change and clean energy.