Electricity generators can pitch for awards from governments operating capacity markets. Capacity markets establish a price (at auctions) for back-up power which may, or may not, be needed. Either way, the operator of the power plant gets paid for guaranteeing security of supply to the grid. Last year, the European Commission approved the Polish capacity market and, according to CAN Europe, in its first auction the Polish government awarded 22,4 GW of reserve power with capacity payments “out of which 80% benefited coal and lignite power plants”. The issue raised by green campaigners is that these plants will be eligible to receive public subsidies via (up to) 15-year long contracts. The argument is that “Capacity Mechanisms” can distort the market, hence ClientEarth’s press release as follows…

Tempus Energy announced on Friday (March 15, 2019) that it is challenging the European Commission’s decision to approve Poland’s energy subsidy scheme. This follows its successful legal action last year to the UK’s capacity market, which is now suspended.

Tempus Energy is challenging the Commission’s approval to provide subsidies that support fossil fuels and coal-fired power plants that currently dominate the market. The company claims that the decision was made without carrying out an in-depth investigation into how the scheme could better support cleaner, cheaper alternatives to fossil fuels.

“This is an important challenge – at a time when countries across Europe are announcing coal phase out dates, Poland’s capacity mechanism plans on heavily subsidising both new and old large coal plants long into the future.

“The European Commission has authorised Poland’s State aid scheme without consulting other market players – a worrying pattern we have seen in its approach to approving capacity mechanisms across Europe.

“This prevents other energy operators from highlighting flaws in the design of the scheme, and limits the ability of cleaner technologies such as renewables and demand response to participate in European energy markets. These decisions must not be made behind closed doors – this lack of transparency inhibits the transition to a more effective and just energy market.

“Ensuring the lights stay on is a legitimate concern for some EU countries but there are multiple means to achieve that goal. Poland’s capacity mechanism plans to give hundreds of millions of euros to a dying industry instead of investing in cheaper, cleaner and more sustainable alternatives.” 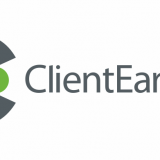