Inventor Suneel N Parekh is an energy pioneer. What keeps him going is a mixture of conviction and optimism. But even he knows he won’t get his project over the line without help. After decades he is finally bringing the proof of his methods to the attention of investors who can make or break his life’s work. Pioneers need backers. Just as The Beatles needed a deal before we could enjoy Sgt. Peppers, our energy pioneers need their break too – the stakes are just far higher.

When I first spoke to Suneel, I soon realised I was out of my depth. I could barely understand the words, let alone the details of the science. But why should I? The world in which he works is at the vanguard of nuclear physics and, quite frankly, way over my head.

For the last twenty years he’s been perfecting a method of cold-fusion (not to be confused with its more famous cousin thermofusion) which, if successful, will cause a revolution. Cold-fusion (technically, muon-catalysed fusion) could not only solve the energy transition and energy poverty at a stroke, it could also provide an overnight solution to all the nuclear waste we’ve built up over the last 70 years. This is because, unlike nuclear thermofusion, it can use any element as its target. That means the elements in nuclear waste, like Plutonium and even 137Caesium of Fukushima infamy, can be used as “fuel”.

Nuclear fusion is a more-or-less unproven technology and still, major nations and their energy policymakers take it very seriously. The recent EU-China joint statement on energy cooperation makes mention of the ITER initiative as a project of shared, global significance.

There are two broad approaches to nuclear fusion – hot and cold – and both face significant obstacles.

Photo from the original set-up by Fleischmann and Pons

The trouble with “hot” thermofusion is that it requires a reactor that can effectively recreate the conditions of the Sun on Earth. Astonishingly high temperatures that change the nature of elements, whirring them around in a plasma soup until nuclear bonds and repulsions are overcome. Whilst some reactors have managed to maintain the right conditions for over a minute, creating and controlling all that heated plasma is still a way off – forever 10 years off as the joke goes.

The trouble with cold-fusion is quite different. Although cold-fusion transmutes elements at eminently manageable temperatures – by employing a catalyst to do the heavy lifting – the trouble is no-one has proof it works. But, true to the pioneering spirit, Parekh begs to differ and claims he has the paperwork to back it up.

INTERVIEW: The story so far…

MJ – So how did this all begin?

SP – Originally our family co-owned steel mills and ferro-alloy plants listed on the Bombay stock exchange. India’s energy poverty issues made electricity, a core raw material for us, very expensive so when, in 1995, the government opened the doors to international suppliers of ferro-alloys, we couldn’t compete. We were shut down more-or-less overnight.

So, my father and I turned our attention to the very problem which had played its part in our company’s collapse. Energy poverty.

MJ – And this led you to nuclear fusion?

SP – Yes, but creating thermofusion energy needs huge infrastructures and will cost billions of dollars to develop. Instead, we decided to focus on muon-catalysed fusion or “cold-fusion” technology. It was quite a well-known concept, pioneered by scientists like Martin Fleischmann and Stanley Pons.

MJ – What was the process?

SP – We spent years experimenting. Our heads in every scientific book related to nuclear physics and cold fusion technology we could find. We were testing muon-catalysed fusion on every single element on the periodic table.

Eventually, we needed to have our results analysed to a scientific standard. This was not in our gift with our limited resources and in any case, we wanted third party proof. This is when we began traveling.

MJ – Finally a chance to see the fruit of your labours. Twenty years had passed right?

SP – Exactly. We had invented a metal-based compound with a very high, internal resting energy and our experiments seemed to show it was capable of transmuting all the elements of the periodic table. From iron – the most stable element, having the largest binding energy per nucleon, to nickel…to lighter elements such as aluminium and even heavier elements like lead. All transmuted into new, stable elements.

But just as we were about to find out if what we’d done could be corroborated, my father, Navnitdas R. Parekh, died. He never saw the independent analysis. Only a year later, did I finally have a breakthrough.

MJ – Did your father’s death make you wonder about continuing?

SP – What kept me going was a combination of optimism and the revolutionary potential, the difference it could make to people’s lives if I could carry on our, his, work. We always talked about the happiness it could bring by improving the quality of people’s lives.

MJ – What were the next steps?

SP – I had to find a patent attorney with the right expertise. I needed someone who could understand the invention and draft a patent. It wasn’t easy!

I travelled first in India then outside to Canada, the Netherlands, the UK…Eventually, I found a nuclear-physicist/patent lawyer in Munich, Germany who had taken part in experiments conducted at the Institute for Nuclear Physics (IKP) in Cologne and at CERN, Geneva.

MJ – A pivotal moment. What was his reaction?

SP – Surprise, even shock. He looked at the results. He kept asking: “How could you have transmuted these elements without a nuclear reactor?”

MJ – Has this been corroborated yet?

SP – The Czech nuclear research facilities offered to conduct our experiments under lab conditions. First, they tested our invention on stable elements like lead and aluminium to see if the targets were transmuted into new elements and, crucially, to see whether energy was released during the process.

Next, at our request, they made radionuclides available as target elements.

SP – The muon-catalysed, metal-based compound we had discovered can be used on any element. For example, for the transmutation of long-lived radioactive elements into stable or short-lived elements – that means nuclear waste can be used as the target element…as the fuel. We wanted to prove it.

Whilst yielding only a fraction of the electricity as when using hydrogen or its isotopes, when you take a waste element like plutonium, its radioactivity will be reduced by over 50% to 80% through each process. So, until all the problematic nuclear waste we have accumulated is used up, why not start with that as your fuel.

Once nuclear waste is exhausted, then we would recommend progressing to the lightest element, hydrogen, and its isotopes, for even greater results.

MJ – And what were the results?

In addition to rendering the unstable, harmful elements far more stable, they also recorded that the full energy potential present in the nuclear waste had been released. Not like in nuclear fission processes where, for example, 235Uranium only releases 1% of its potential.

MJ – How much nuclear waste is out there and how long could it be used to produce how much energy?

SP – There’s a vast supply. Our motivation was a solution to energy poverty, but we have shown we can do more than that. There are almost 400 nuclear power plants working around the world. Each one generates around 26 tonnes of nuclear waste per year! We are confident we can transmute these long-lived unstable elements into stable or short-lived elements at the same time as producing plentiful electricity. And to construct a cold-fusion power plant we are looking at $millions not $multi-billions as required for a project like ITER.

SP – To establish the true potential of our invented transmutation technology means further access to state-level labs, further experimentation to finally convince investors of our ability to render nuclear waste safe and put some numbers on its energy potential. Such final testing could take place at PSI Switzerland, SCK CEN Belgium, CEA France or many other nuclear research facilities before we proceed to building the first cold-fusion power plant. I look forward to that next step, working with investors, utilities perhaps, to make it reality.

It’s the break I have given up the last 20 years of my life for.

If you are interested in finding out more about Suneel’s work, you can write to him at:

You can also request a copy of the patent document: 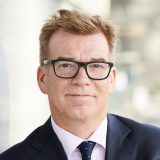