Mr. Jose Luis Martinez Dalmau was appointed unanimously as President by the ESTELA General Assembly for a 2-year term – 2019-2021 right after the announcement by Dr Crespo to retire.

On this occasion, Mr. Martinez Dalmau underlined that the ongoing quick development of STE in Morocco, UAE, other MENA countries, Chile, South Africa, Australia and even China led to a dramatic cost reduction of STE over the last few years. “There is simply no reason why Europe should lay behind non-EU countries and further hesitate in recognizing the value of STE for both the power system and the European economy,” added Mr. Martinez Dalmau. He also noted that STE at current cost levels is already competitive compared to any single RES technology plus the necessary bulk storage facilities to preserve their value for the European power system.

“Bearing in mind the urgency of decarbonisation, the current cost level of STE technologies including storage and – last but not least – the potential of the instruments provided by European legislation to the Member States and national regulators for a more intense cooperation, there is indeed right now much at stake with STE,” said ESTELA Secretary General, Mr. Bial.

ESTELA will therefore focus its action on: 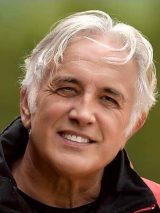 Marcel Bial is the current Secretary General of ESTELA, the European Solar Thermal Electricity Association. Prior to joining ESTELA, Marcel served as head of System Development at the European Network of Transmission System Operators (ENTSO-E), following his position as Secretary General of the Union for the Coordination of Transmission of Electricity (UCTE) in Brussels from 2002 to 2009. He has an in-depth experience amid the Brussels-based energy associations and stakeholders engagement across EU and non-EU countries. He also worked as consultant a.o. to EU-funded projects and looks back on a 25-year of experience in the power industry with Verbund Group in Vienna, Austria.