A little over 10 years ago David MacKay drew attention by saying “All the world’s power could be provided by a square 100km by 100km area in the Sahara.” Furthermore, MacKay’s calculation of the full potential of the region’s Concentrated Solar Power (CSP) totalled 25 times the TWh/year the world uses today. That was looking at the Middle East and North Africa’s (MENA) high solar irradiance, ample available land and the technologies of the day. Kevin McCann reviews the updated numbers and looks at the current renewable energy plans of the MENA nations. He notes that those high levels of Direct Normal Irradiance make large-scale CSP particularly attractive, and tags Morocco’s 500MW Noor-Ouarzazate CSP complex as an example. Including solar PV, the electricity generated in the region has risen from 32,160 GWh in 2010 to 425,873 GWh in 2017, an impressive annual growth rate of 175%. The potential is far greater still, but to deliver power across borders and outside the region in future will clearly require a step change in storage and transportation, as well as long term political stability.

The demographic, climatic and geographical conditions of the MENA region confer it with significant natural advantages for the development of large-scale renewable energy projects. Foremost amongst these include the following:

Much of the following analysis presented below is based on the ground-breaking work undertaken by Dr. D. MacKay in his seminal 2008 work, “Sustainable Energy Without the Hot Air”. He later held the post of chief scientific adviser to the UK’s Department of Energy and Climate Change from 2009-2014. Where necessary, figures from his book have been updated to account for technological advances in the intervening period.[1]

DNI is measured in kWh/m2 and large parts of the MENA regions have the advantage of low population densities combined with high levels of DNI of typically well above the level of 1800/KWh/M2/p.a, which is considered a minimum for large-scale Concentrated Solar Power (CSP) installations. Low land values particularly in MENA’s desert regions combine with the above factors to produce locations highly favourable to CSP.

By contrast, within Europe this potential is much more limited and it is mainly the southern countries that represent ideal locations for CSP. It is no co-incidence, therefore, that countries such as Spain lead the way in the implementation of this particular type of technology. Indeed, the first commercial European CSP facility, the PS10 development by Abengoa Solar was located near Seville in Spain. The 11 MW plant, commissioned in 2007, produces 23,400 MWh annually.

Latterly however, the development of Morocco’s three-plant Noor-Ouarzazate CSP complex (called NOORo) expects to achieve over 500 MW of installed capacity and supply power to over a million Moroccans. It is noteworthy that from the first commercial use of CSP in Europe to a new plant in the MENA region with 45 times the capacity of the first took a mere 10 years or so.

CSP is universally therefore correctly regarded as a highly promising technology, so much so that the International Energy Agency (IEA) estimates that up to 11 percent of the world’s electricity generation in 2050 could come from CSP with the International Renewable Energy Agency (IRENA) forecasting a similar figure of about 12% for that year, although as shall be shown below, this is far below potential supplies.

As stated above, currently the MENA region’s competitive advantage for CSP production is a long way from being fully realised. While it is important to recognise that significant advances in the region have been made over the past 10 years, nevertheless actual output remains a small percentage of identified potential.

Table 1 below presents a comprehensive status update by individual MENA country as to current renewable capacities and future plans to 2030. It will be noted that nearly all of the MENA countries have ambitious plans in place to significantly increase renewable and, specifically, solar energy capacity by the target date.

Comparing CSP to other renewables

In the analysis undertaken by Dr. MacKay, values for CSP technologies are presented alongside competing renewable energies (see Table 2 below). It should be noted that the values presented below in Table 3 below are based on Dr. MacKay’s 2009 assumption of an average CSP power per unit land area of roughly 15W/m2 .[2] Currently however, actual CSP developments in the MENA region suggest that this coefficient could be double that of Dr. MacKay’s original figure at roughly 30W/m2. [3] In other words, the estimates of possible solar production from MENA countries presented in Tables 3 below are likely to be underestimates. Elsewhere, it is evident that significant technological developments have required some revision of Dr. MacKay’s original 2009 calculations.

A decade of rapid advances

The rapid technological innovations in solar power and in batteries with improvements in offshore and onshore wind for example have moved apace since 2009. A good example of the dramatic changes that have occurred since Dr. MacKay published his ground-breaking study is the figure originally used (using data from a then-recently opened solar farm in Germany) for the cost of providing each person in the UK with 50 kWh per day. In 2009, the figure was about €91,000 for each inhabitant. By 2017 that had fallen to about €18,000, or just under 20% of the cost less than a decade ago. The strong likelihood is that this figure will be even lower in 2020. [4]

As part of his analysis, Dr. MacKay posed the question as to whether, “All the world’s power could be provided by a square 100km by 100km area in the Sahara.” Using the same coefficients as presented in Table 2 below, Dr. MacKay comes to a total economic potential for CSP delivery of a massive 620,000 TWh/year from 15 of the MENA countries and implying an installed capacity level of 70,000 GW. [5] To put this figure into context, the gross electricity production of the European Union member states in 2017 amounted to 3,294 TWh, [6] whilst the total world figure for 2017 was 25,721 TWh. In other words, actual EU and global electricity production in 2017 amounted to 0.5% and 4.1% respectively of potential MENA CSP delivery as calculated by Dr. MacKay.

Like all net-zero scenarios, no one solution solves the problem on its own. Great efforts will therefore be required primarily in the fields of energy storage and transportation to support this one.

Moreover, with the correct infrastructure and delivery systems in place, CSP has potential of such magnitude that it could contribute massively to supply the 2 billion of the world’s citizens who are not presently served with any commercial energy supplies at all.

Clearly, greater energy interconnection and trade with MENA offers huge benefits including the opportunity for the exporting countries to promote sustainable economic growth and development, boosting employment and reducing or ameliorating the flash-points for domestic and inter-regional conflict within and between those countries. On the other hand, non-MENA potential RES importers may be wary of depending too heavily on imports from an energy supply region which has historically suffered from a degree of political and economic instability.

It is undoubtedly the case that for renewables to fully reach their potential in the MENA region, wide-ranging measures (including fiscal, regulatory, tariff, administrative measures), need to be put in place in order to remove administrative barriers to renewable development and to promote investment. A sound financial and regulatory regime should prove effective in un-locking the region’s potential for renewable energy and there are encouraging signs that many MENA countries are already moving in this direction, often with the support of international multilateral and bilateral assistance programmes.[7] 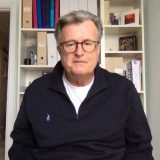