Europe is committing to hydrogen. The ideal is “green” hydrogen, produced from renewable energy alone. Carlo Stagnaro at Istituto Bruno Leoni analyses emissions and costs in Italy to make the case for policy-makers to consider including “grey” and “blue” hydrogen in their strategies too. Because grids are far from green today, a new wind and solar plant will reduce more emissions by feeding the grid than by making hydrogen. “Grey” hydrogen, though produced from fossil fuels, reduces emissions where it is burned locally. A “blue” hydrogen pathway (grey + CCS) will incentivise the infant carbon capture start-ups. As the grid gets greener it can replace the “grey” and that’s the long term goal. But to get there realistically, given the limited speed at which a nation like Italy can add wind and solar – and the costs involved – all forms of hydrogen will likely be needed. If it’s true for Italy, where else might it also be true?

There’s something about hydrogen in Italy. Like other EU member states, Rome released its own national hydrogen strategy last year. According to the strategy, hydrogen demand will increase from today’s 1% of final consumption to about 2% in 2030 and 15% in 2050. This goal is broadly consistent with the National integrated energy and climate plan (NIECP) – that describes the country’s roadmap to the 2030 climate targets – which is in the process of being updated to reflect the more ambitious goal of cutting greenhouse gases emissions by 55%, rather than by 40% as previously planned.

Hydrogen is also dealt with in Italy’s National recovery and resilience plan (NRRP), that aims to support its demand and supply as well as research & development. Some of these documents – particularly the National hydrogen strategy, adopted by the previous government – are very explicit in targeting support to green hydrogen alone, i.e. that obtained by electrolysis fueled by renewable energy. Others, such as the NRRP, are not as explicit, hence leaving some room for hydrogen from other productive processes, such as blue hydrogen (from methane steam reforming plus carbon capture and sequestration/utilisation) or turquoise hydrogen (from methane pyrolysis).

All supply support is explicitly dedicated to green hydrogen, while demand support is not explicitly linked with the production process thereof.

* An investment of 3,640 M€ is foreseen in the renewal of the local public transportation fleet, including 1,788 M€ for electric and hydrogen powered buses and trains. No disaggregation is provided so it is assumed that about half as much will be spent on hydrogen.

The substitution of methane or other fossil fuels with hydrogen results in a local environmental benefit, in the sense that no emissions (greenhouse gases or local pollutants) take place where hydrogen is used as a fuel. However, emissions can be created because of the productive process to generate hydrogen (Scope 1) or because of the primary energy that is used to fuel it (Scope 2). Italy consumes now around 16 TWh/year of hydrogen as a feedstock for refineries and the chemical sector (ammonia and fertiliser manufacture). This is virtually all “grey”, i.e. comes from methane steam reforming.

Hydrogen may significantly contribute to the net zero target. On one hand, it may gradually substitute natural gas and other fossil fuels in several sectors, including the hard-to-abate industries (cement, steel, refining, etc.), heavy transport (including railways, road transports and ships) and potentially air transport; on the other hand, hydrogen production itself should become cleaner because grey hydrogen has a high carbon footprint.

Should “grey” Hydrogen get support too?

How to choose between the various colors of hydrogen? Is it rational to provide supply support to green hydrogen alone, while sustaining the demand of hydrogen regardless of its origin (hence including blue and turquoise hydrogen)? Should grey hydrogen be supported, too, in order to reap the local environmental benefits from its consumption?

In order to provide an answer, the carbon footprint underlying the alternative productive processes should be properly assessed.

First of all, grey hydrogen – the standard process – releases about 9.3 kg CO2/kg H2. This is the benchmark against which alternatives should be assessed. A large chunk of this environmental impact may be relieved if carbon dioxide is capture and stored or utilised: it can be done at increasingly competitive conditions. This would result in the abatement of about 90% of the emissions. The carbon footprint of blue hydrogen falls between 0.8-1.5 kg CO2/kg H2.

Hydrogen can also be produced from methane through pyrolysis: this process has no commercial applications so far, even though some pilot projects around the world seem promising. One advantage is that the byproduct is not gaseous CO2, but solid carbon that can be managed more easily and may find several commercial applications.

Hydrogen made from today’s grid emits more CO2 than “grey”

Alternatively, hydrogen can be produced by water electrolysis. This process has no direct (Scope 1) emissions whatever the source of energy is, but it may have an impact because of the large amounts of energy implied in the process. In fact, the production of 1 kg H2 requires on average 50-55 kWh of electricity. If this is generated by carbon-free sources, such as photovoltaic panels or wind turbines then “green” hydrogen is effectively emissions-free.

If, however, the electricity is retrieved from the grid, the indirect (Scope 2) environmental footprint depends on how electricity is generated. On average, the Italian mix contains around 40% renewable energy, 40% natural gas, 10% coal, resulting in an average emission of 267 grammes of CO2/kWh (emissions from the thermal generation alone are as high as 445 grammes of CO2/kWh). Hence, if “yellow” hydrogen is generated from grid electricity it produces a high footprint of 13.3 kg CO2/kg H2 from Scope 2 emissions.

Before one jumps to her feet, it should be considered that grid electricity is being progressively decarbonised: as coal is phased out in 2025 the expected carbon footprint of yellow hydrogen in Italy will decrease to 10 kg CO2/kg H2; if the goal of 70% renewable electricity is met by 2030, it will fall further down to about 5 kg CO2/kg H2 (Figure 1).

Figure 1. Hydrogen production processes and their carbon footprint. / Source: own elaboration on data from Arera, Ispra, Iea and Oies.

What to do? In the long run, it is likely that only carbon-free hydrogen will be used. That will be the result of policy pressure as well as rising carbon prices. But the short run is an entirely different story. Costs and practical matters suggest taking into consideration at least blue and possibly turquoise hydrogen on top of green hydrogen. Going blue offers an important opportunity to reduce, albeit not eliminate, carbon emissions.

Moreover, it adds to the array of potential applications in creating a demand for carbon capture and storage or utilisation technologies, that may be used to abate emissions from other sources, too. In fact, no credible “net zero” scenario (including the much-disputed IEA’s “Net Zero by 2050” report) ignores the contribution of CCUS. Blue hydrogen may work as a testing-bed for these technologies that, if proven effective and competitive, may become a fundamental tool in easing the pathway towards net zero.

Renewable generation’s priority is the grid, not Hydrogen

Moreover, the emphasis on green hydrogen may be misplaced. To work effectively, electrolysers need a constant load that cannot be met by renewable overproduction alone (i.e. by the excess green production during low-demand hours, which incidentally does not happen very often in Italy).

At the same time, building dedicated renewable generators on top of the ones already planned makes little economic and environmental sense. One green kWh can save as much as 400-800 grammes of CO2 if injected in the power grid, depending on whether it displaces natural gas or coal. The same kWh, if applied to an electrolyser to produce hydrogen, will eventually substitute methane in some industrial process, displacing less than 200 grammes of CO2.

Italy is already struggling with its renewable programme: according to the Minister of Ecological Transition, Roberto Cingolani, in order to meet the 2030 goals the country needs to install at least 6 GW of solar or wind capacity per year, but in the past few years it only installed less than 1 GW. Adding further capacity looks implausible. Not to mention that, as the greening of the power network progresses, it will be possible to feed electrolysers with grid energy because of its declining environmental impact. To put it another way, “yellow” hydrogen will gradually fade into green.

And, as far as production costs are concerned, green hydrogen today requires a carbon price of two to five times as much as blue hydrogen to match the cost of grey hydrogen (Table 2). Things will change over time, which would suggest relying on blue hydrogen for the transition towards green hydrogen. Turquoise hydrogen is not competitive today but it may gain momentum in the next few years.

All these uncertainties should ring a bell in the heads of Italian policy-makers: hydrogen may be one pillar of the energy transition, but we simply do not know where it will come from; and even if we did, the answer would be different depending on the timeframe. Leaving aside grey hydrogen, which has a significant environmental impact and, on top, does not need support, all the remaining processes entail either no or low Scope 1 emissions and, in the case of “yellow” hydrogen, high but rapidly declining Scope 2 emissions. A case can be made for supporting the demand of hydrogen but it is much less obvious which kind of hydrogen should be supported. Not making an explicit choice is by far the most reasonable choice. 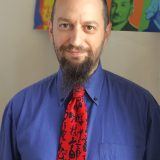