Decarbonisation of transport remains one of the most challenging aspects of the transition to a sustainable energy system. Focussing on road transport, the European Academies’ Science Advisory Council (EASAC)’s upcoming report contains detailed recommendations for actions on the part of all major stakeholders. The report will be officially launched at what promises to be a fascinating event featuring a high-level panel discussion with speakers from the European Parliament, Commission, Transport and Environment, European Automobile Manufacturers Association, ICLEI and the ITF. Promoted via the Energy Post platform.

The EASAC report reviews options for reducing greenhouse gas (GHG) emissions from European transport. It argues for stronger policies to bridge the gap between the GHG emission reductions that will be delivered by current policies and the levels needed to limit global warming to less than 2°C or even 1.5°C (Paris Agreement).

The report focusses on road transport because, in the EU, this contributes 72% of transport GHG emissions.

EASAC brings together the National Science Academies of the EU Member States, Norway and Switzerland. It is the voice of independent science advice, mobilising Europe’s leading scientists to guide EU policy for the benefit of society. 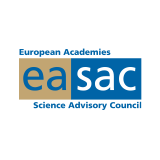 Science Advice for the Benefit of Europe
EASAC is the voice of independent science advice, mobilising Europe’s leading scientists to guide EU policy for the benefit of society. It brings together the National Academies of Science of the EU Member States, Norway and Switzerland.