Kamil Sobczak at the Russian Gas Society has co-authored a report, “Opportunities and prospects for the development of gas hubs in Russia”, which he summarises here. It scopes out what is needed to create four major gas hubs in the Far East, North West, Central and Southern Russia. The plan will help develop and modernise Russia’s gas sector as well as increase exports. Transparency in prices and transaction volumes will be essential to create the proper environment for effective competition between producers in a gas-on-gas market. Other essentials include third party access to infrastructure, standardised contractual and trading conditions, the availability of a large and diversified sales market, and the availability of significant physical volumes of gas and demand. Sobczak breaks down the specific needs of each of the four hubs, addressing infrastructure, multi-currency trading, the stimulation of complimentary industries (chemicals, fertilisers, new energy carriers like hydrogen, ammonia, and methanol), and more. He notes that such a plan will clearly need cooperation between Russia and neighbouring regions, not least Europe and China.

*** One of the authors of the Russian gas hubs report, Dr. Jinsok Sung, will be speaking at our event next week…

*** REGISTER HERE for our free online event “China: Carbon Neutral by 2060 -THE ROLE OF GAS”, held on the mornings of February 3rd and 4th. It’s the second of our three workshops, funded by the EU. The purpose is to understand and uncover the significant opportunities China’s transition creates for European policy makers, businesses and analysts. You can register and see all the details here. The conference comprises four sessions across two mornings: “Achieving Security of Supply”; “Coal phase-out: Can gas help in the energy transition?”; “Gas Market Design”; “Renewable Gases”.

In December 2020, a report on the possibility of creating gas hubs in Russia[1]was published. In view of the potentially large impact of the changes and solutions proposed in the report on gas cooperation between Russia and neighbouring regions and development of domestic markets, it is worth introducing main ideas and information from the report.

The report analyses the potential for the development of gas hubs in four main regions of Russia in terms of the following aspects: prerequisites for a gas hub, analysis of competition of potential Russian hubs with hubs in other neighbouring regions, possible mechanisms for a gas hub and expected results.

According to the report authors, Russia has sufficient conditions to create gas hubs in different parts of the country and to act not only as a major gas supplier but also as a platform for modern gas trade based on gas-gas competitions in the domestic market.

Key arguments for the formation of gas hubs are a large domestic market, liberalisation of wholesale market, available volumes of gas for trade, a developing gas transmission network, the potential for growth of gas consumption on the domestic market and export, and also favorable geographical conditions.

According to the assessments of the Alexander Klymentyev Economic Laboratory (selected information from the report), in the context of potential gas hubs, it is worth highlighting on the map of the development of the Russian gas industry the commissioning of new fields in Yamal and Eastern Siberia, the development of isolated gas production systems in Siberia and the Far East, the reduction of the carbon footprint in the production chain of network gas and LNG, the construction of underground gas storage (UGS) facilities by independent gas producers, the establishment of the status of hub pricing centres, the increase in the number of regional gas hubs and competition between them.

Organised gas trading will serve to ensure transparency in bidding and create a favourable environment for competition between major natural gas producers. Such measures will stimulate entry into new markets for Russian LNG, ensuring diversification of supply and relieving antimonopoly authorities of claims that Russian gas dominates certain markets.

The analysis shows that, subject to appropriate regulatory changes, gas hubs could be established in the Far East, North West, Central and South of Russia.

Prerequisites for the 4 gas hubs

Among the results obtained, it should be noted that the prerequisites for the establishment of a gas hub in Russia are:

1) Transparency on prices and transaction volumes.

4) The availability of a large, diversified sales market.

5) The availability of significant physical volumes of gas and demand.

By creating the right conditions, four gas hubs could be established: ‘Eastern Gas Hub’, ‘Southern Gas Hub’, ‘Northwest Gas Hub’ and ‘Central Gas Hub’. The creation of these potential 4 regional hubs can be a catalyst for the development of domestic gas trades and realise the export potential of each region.

a) the expansion of capacity of the Power of Siberia from 38 bcm to 68 bcm;

c) the construction of an interconnector from Svobodny to Khabarovsk and filling the pipeline with new volumes by independent producers;

e) the creation of an industrial gas and chemical park on the Pacific coast.

The next steps are creating a gas trading infrastructure on a multi-currency basis in Vladivostok, market working conditions – third party access (TPA), preparing and carrying out gas trading with FOB Vladivostok terms, development of regulatory rules of the Petropavlovsk-Kamchatsky LNG terminal.

The Vladivostok gas hub can accommodate physical trade of 132 bcm for domestic and export markets, which is significantly more than the supply of gas through the Power of Siberia pipeline to China and provides market diversification for Russian gas producers.

a) use of unused capacity from the South Stream project for gas-chemical production and LNG projects;

b) construction of LNG production capacity on the Black Sea;

c) building a fleet of gas carriers capable of passing through the Bosporus;

f) the creation of an industrial gas and chemical park on the Black Sea coast.

g) preparation and tendering of gas with FOB Novorossiysk terms;

The southern gas hub could host physical trade of up to 50 bcm for domestic and export markets.

This gas hub could be used to organise gas trade in Russia to supply private gas consumers in Ukraine and Poland.

a) creation of interconnectors between the Central Russian gas pipeline system with new export routes in the northwest (Nord Stream, Nord Stream and in the south (South Stream).

d) transfer of gas trade for industrial and power generation companies to the gas exchange.

Expected results are to shift part of the gas trade to Russian jurisdiction, including for deliveries to Ukraine and Poland; development of a central hub interconnector system with northwest and southern trading hubs will allow for rapid reallocation of gas flows between the southern and northern supply routes.

The central Russian gas hub could host physical trade of up to 100 bcm for domestic and export markets.

a) utilisation of the freed-up pipeline capacity intended for gas supplies to Ukraine and Poland, construction of a gas pipeline to the Ust-Luga area;

b) creation of an industrial gas-chemical park on the coast near Ust-Luga with guaranteed access to gas supplies;

c) use of the pipeline-to-Finland reserves for the development of a chemical park in the region of the Portovaya LNG project.

In the north-western part of Russia, there are already opportunities for the creation of a regional gas hub. “Nord Stream” and “Nord Stream 2” and several existing medium-scale LNG projects form the basis of a regional European hub. The sale of gas for export in roubles demonstrates the possibility of creating, at the least, a regional European hub in Russia.There is already some experience in selling gas in local currency. In 2019 “Gazprom Export” conducted the first transaction on its electronic trading platform to sell gas for export to Western Europe at a price set in roubles.

The northwest gas hub could host physical trade of 147 bcm for domestic and export markets.

The above text contains only selected information from the report „Возможности и перспективы развития газовых хабов в России „. The full report is available in Russian on the Energy Centre at Moscow’s SKOLKOVO School of Management website.

The report was prepared during 2020 by a team of SKOLKOVO Energy Summer School alumni in frames of the Gas Hub Working Group at The Energy Centre in Moscow school of management SKOLKOVO.

Kamil Sobczak is an expert at the Russian Gas Society, member of the gas hub working group Energy Centre at the Moscow School of Management SKOLKOVO 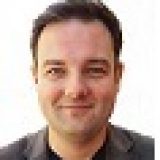