China’s performance – both in and outside the energy sector – has always been driven by wide-reaching industrial policy. In the last few decades it has consistently delivered results. Meanwhile, the U.S. has kept shifting up the gears of its pro-U.S. interventionist industrial policy since Donald Trump: though socially right wing, he was a protectionist president whose ambition was to boost domestic industries. Today, president Biden’s “Inflation Reduction Act” is shifting up another gear. William Todts at T&E argues it’s why the EU must do what was done successfully in the post-war decades with national champions, state aid and market design. Today Europe needs the modern equivalents. Todts puts forward a number of ideas, including the creation of an energy sovereignty fund, securing of critical minerals, backing the automotive sector, and more. Otherwise Europe risks losing the clean energy race to the industrial policies of China and the U.S., says Todts.

There was a time when ‘industrial policy’ was a swear word in Brussels. National champions, state aid, lead markets; all of this reeked of the 1970s and ‘failed french economic policies’.  Industrial policy was a relic of the past, or so I was told by my colleagues when I joined T&E back in 2011.

How things have changed!

Thanks to China and the IRA  – the US’s Inflation Reduction Act, not the militant group – industrial policy is now on everyone’s minds and lips. This is a good thing for the fight against climate change, and can be a good thing for Europe, but only if we play our cards right.

Chinese state capitalism, with a big dose of industrial policy, has helped China become the world’s clean energy leader, overtaking the west in several key technologies. For example, China’s strategy to develop an automotive industry, ‘leapfrogging’ combustion engines and focusing on electric vehicles instead, has been very successful.

China’s focus on clean energy is net positive. It is key to the decarbonisation of the world’s biggest economy and is making things like solar panels and batteries affordable around the world. Europe benefits from this in a big way, e.g. in helping it cut reliance on Russian oil and gas.

But it’s equally clear that China’s industrial policy represents a major challenge. China is now the world’s biggest EV market and as such dominates much of the electric vehicle supply chain – battery cells, battery minerals, recycling. Amidst a boom in EV sales, Chinese EV start-ups have started eating into the market shares of European OEMs in China. Unless EU carmakers do something about long waiting times they‘ll do the same in Europe.

It was Donald Trump who broke with neoliberal orthodoxy in the US, bringing about a major change in US trade policy, backing out of EU and Asia trade deals and initiating protectionist policies. Joe Biden’s rhetoric and goals are different, but in reality Biden’s economic policy is closer to Trump’s than Obama’s, in a clear sign of what historian Gary Gerstle calls the end of the neoliberal order.

The so-called Inflation Reduction Act (IRA) is a big deal, for Biden, for the climate and for the global clean energy race. Just look at the IRA’s automotive provisions. The bill combines a $7,500 vehicle tax credit, a $4,000 used EV credit, as well as a battery production tax credit worth $35-45 per kWh (cell-module), adding another $3,000 or so in subsidies. Crucially, these credits are only available to vehicles, batteries produced in the USA and raw materials sourced from friendly countries (i.e. not China).

Given how incredibly generous the IRA is, the prospect of building batteries and EVs in the US and shipping to other countries, including to Europe, is all of a sudden a very real one. This is what Tesla appears to have in store for battery cells. If this starts to happen at scale, it will undermine Europe’s position as an export and manufacturing hub.

Aviation will also benefit from the IRA, with $300m in grants for Sustainable Aviation Fuel (SAF) production and low emission aviation technologies, or more importantly credits for SAF linked to how much they reduce emissions: the more they reduce, the more generous the credit becomes.

Europe must do something similar

Europe has no choice but to compete in the race for clean energy primacy. It had some good cards. The previous Commission changed the narrative on industrial policy and initiated the Battery Alliance. The Von der Leyen Commission has intensified these efforts, combining aggressive regulatory goals with industrial policies and money for things like chips, hydrogen and other clean technologies.

Turning again to the automotive example, the EU is in a relatively good place. BEV sales are close to 10%, battery plants being built, factories retooled; and on the regulatory side, both the EU and the UK are close to agreeing a 100% zero emission vehicle target for 2035, binding targets for charging infrastructure roll out and a host of other supportive policies.

However, given the way in which the US and China have just upped the ante, as well as the weaknesses of the EU in areas such as energy and labour costs, or central fiscal power, Europe must step up in a number of areas:

The industrial policy train has left the station. Europe made a spectacular comeback after Dieselgate. Now its competitors have upped the ante. We still have excellent cards, but we need to play them now. Otherwise we risk losing the clean energy race to China and the US. As Europe’s most famous 1970s cultural export once said “the winner takes it all.” 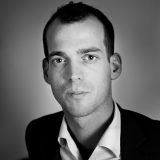