Press releases this week from Friends of the Earth Europe and the European Greens highlight energy poverty levels on our doorstep in Europe. This followed the publication of new research on OpenEXP. It reminds you of the vital benefits of maximising energy efficiency – getting the same for less energy or getting more from the same. Amory Lovins (Rocky Mountain Institute) called upon us to “Imagine being able to save half the electricity for free and still get the same or better services!”. That was 30 years ago when, accidently as the story goes, he coined the term negawatts. Making use of our new platform, Friends of the Earth share their press release directly with you. It contains some useful links for further reading on the topic.

A majority of EU countries have significant levels of energy poverty and are unable to keep all their citizens warm this winter, groundbreaking new research by Open Exp released today by the European Right to Energy coalition reveals.

Analysis nevertheless reveals a lack of political action to address energy poverty: Greece was the only EU Member State to have included an energy poverty objective in draft National Energy and Climate Plans; whereas national energy efficiency targets, which contribute to alleviating energy poverty, also fail in total to reach the agreed EU target of 32.5% by 2030.

“To avoid low-income households falling victim to the fluctuations of energy prices and stagnating wages, governments must ensure buildings occupied by low-income families are positive energy. In other words, buildings must produce more energy than they consume to reduce low-income families’ energy bills to zero euros.”

“Millions of EU citizens are freezing in their homes this winter and need immediate relief, due to our deeply wasteful energy system. But Europe also needs a massive programme of home insulation – providing liveable energy-efficient homes for all, green local jobs, lower energy bills, and reduced carbon emissions.”

“Urgent EU action must be taken to tackle increasing energy poverty and the growing divide across Europe. People are less likely to face energy poverty where household incomes are higher and regulations stronger. The EU must promote integrated approaches – ban disconnections and ensure investment in energy efficient housing that benefits people on lower income households”

The ranking uses a composite index of four indicators, based on Eurostat data, which allows for the first time a comprehensive comparison of energy poverty across different countries, taking into account its causes and symptoms. The unique approach could be used to measure EU-wide progress on energy poverty under new EU energy legislation.

Increased awareness on energy poverty prompted the inclusion last year of mandatory measurement and action on energy poverty in the EU’s 2030 Energy Package. However, the Right to Energy coalition calls for national action plans in all EU countries, and for a ban on disconnections to protect the most vulnerable households.

Posted by Friends of the Earth communications team EUROPE 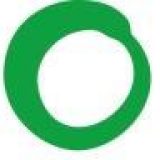 About Friends of the Earth Europe

Friends of the Earth Europe is working to create the much-needed, fair and urgent transition to a fossil fuel free Europe by 2030. This means dismantling the fossil fuel system and creating the just, clean energy future that people want and need.