The development of small modular nuclear reactors (SMRs), generating up to 300MW, are already getting support for civilian purposes. The military in Russia, China and the U.S. are also interested. It should reduce the reliance on long fuel supply lines, the defence of which costs lives. SMRs would be factory made and delivered on site. But Lukas Trakimavičius says many difficult questions must be answered before the West commits to this solution. To prevent the theft of nuclear material military SMRs would have to be sealed at the factory, obstructing on-site repair (and therefore risking meltdowns) should there be an attack. Can nuclear regulators be effective when the plant is in a war zone? How do you comply with nuclear non-proliferation rules and the domestic laws of the host country? Are there cheaper alternatives? And, finally, the West’s appetite for keeping a military presence in hostile areas for very long periods, as it has done in Afghanistan and Iraq, is declining. So will it be needed at all?

Small modular nuclear reactors (SMRs) have in recent years become one of the most anticipated developments in the nuclear energy industry. They hold the promise of reliable, flexible and low-carbon energy generation at a fraction of the construction time and cost of conventional nuclear reactors.

Given their potential to reduce the military’s reliance on long supply lines and help cut greenhouse gas emissions, it is unsurprising that a number of militaries have also expressed their interest in SMRs. However, while there are few doubts about the potential of military SMRs, it is still far from clear if this technology might do more good than harm.

SMRs are broadly defined as nuclear reactors that are capable to produce up to 300 MW of electricity. The term “modular” means that unlike conventional nuclear reactors, SMRs were manufactured entirely in a factory and could be transported by truck, rail or plane directly to the plant site.

In contrast to conventional nuclear reactors, SMRs have a much more streamlined design, are claimed to have enhanced safety features and are engineered in a way that their modules could be added incrementally to meet changing energy demand. In other words, SMRs are thought to be ready to “plug and play” upon arrival, reducing both capital costs and construction times.

Whereas most SMRs currently under development are intended for civilian use, some militaries have also expressed interest in them.

In recent years, Russia was among the first countries to announce its interest in military SMRs. Back in 2015, Russia’s Ministry of Defense said that it was planning to develop up to 30 SMRs in its Arctic region. These reactors could provide electricity to remote bases and military facilities, which are currently under development as part of Russia’s broader Arctic militarisation plan.

China, too, has become interested in this technological innovation. In 2016, reports surfaced that the Chinese Academy of Sciences’ Institute of Nuclear Energy Safety Technology was developing an experimental SMR and received funding from the People’s Liberation Army for the project.

In the West, only the United States committed to work on military SMRs. Earlier this year, the US Department of Defense (DOD) issued contracts for three US nuclear energy companies to start work on a SMR design as part of program called “Project Pele”. It is hoped that, following a two-year engineering competition, a mature SMR design prototype will be selected, and that outdoor testing could begin in 2024.

The military’s interest in SMRs seems quite well-justified. As I have argued in the newest research paper for the NATO Energy Security Centre of Excellence, SMRs not only could contribute to Western military operations by increasing energy assurance, help save lives by reducing the need for fuel resupply convoys, but also help cut greenhouse gas emissions by providing a low-carbon source of energy. In fact, it would not be an exaggeration to suggest that SMRs, and especially the very small and highly-portable designs (like the ones under development by the US DOD) could prove to be a truly game changing technology.

While all of this sounds good on paper, there are still a number of serious issues with military SMRs.

First, they might put friendly forces at unnecessary risk. To minimise the risk of nuclear fuel theft and limit the personnel required to man the plant, some military SMR designs would likely be completely sealed shut at the factory, only to be reopened once the SMR is brought back to the factory for refueling.

A design like this would definitely reduce the nuclear proliferation risk, but it could also come with a number of drawbacks.

If recent decades are a guide, many forward operating bases (FOBs) would be likely located in, or near countries that are home to hostile insurgent groups. In turn, these installations would be frequently subject to weaponised drone and missile strikes or mortar attacks, making SMRs extremely high-value targets.

Even if the SMRs would be built rugged enough to take a beating, there is a chance that some key systems might still be critically damaged during an attack. Therefore, if no one would be able to open the SMR, inspect it and repair it, the forces stationed at the FOBs could be facing the prospects of a nuclear meltdown, without even knowing it.

Second, it is uncertain who would take the responsibility for regulating or licensing military SMRs. Given the increased risk, most nuclear energy regulators in Western countries would likely balk at the idea of accepting any responsibility for SMRs that might be deployed to war zones. While some militaries could self-regulate — as they currently do with nuclear reactors on submarines — it would be difficult and costly to acquire the necessary expertise to regulate land-based SMRs on the same level as their civilian counterparts.

Foreign-deployed military SMRs would also have to respect international laws, nuclear non-proliferation regimes and also the domestic laws of the host country. Therefore, the regulator, whoever it may be, would have to pursue a fine balancing act to ensure the operational flexibility of the SMRs.

Third, it is somewhat unclear if there will actually be a need for military SMRs in the future. Considering that it would be very difficult for military SMRs to compete economically with other forms of energy and that there are existing substitutes (e.g. solar or wind power), their development costs could only be justified if SMRs would be deployed in large numbers to FOBs or remote installations without access to the grid.

Long stays in hostile areas are getting less likely

Yet, going forward, there might not be much need for any new FOBs in the first place. It is not far-fetched to suggest that here in the West there has hardly been a time when public and political support for new boots-on-the-ground and out-of-area military missions was as low as it is right now. Hence, if Western leadership would be reluctant to get involved in new military conflicts in faraway places — as it currently very much seems to be the case — or unwilling to extend their stay in places such as Afghanistan or Iraq by a considerable margin, the argument for pouring funds into military SMRs becomes somewhat questionable.

SMRs are an exciting and promising technology that one day may find its way into Western militaries. However, as things stand right now, there are still too many questions surrounding the potential risks and the future need of military SMRs. Therefore, only if these issues are properly dealt with would it make sense to consider investing in military SMRs. Otherwise, there is the very real risk that, despite its enormous potential, this technology could one day become as much a liability as an asset.

Lukas Trakimavičius works at the Research and Lessons Learned Division of the NATO Energy Security Centre of Excellence. Previously he worked at NATO and the Lithuanian Ministry of Foreign Affairs. The views expressed in this article are the author’s own and are contributed in a purely personal capacity. 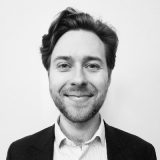