We present the videos of the second of our three, 4-session workshops on the opportunities for European energy solutions providers to take part in China’s energy transition. In this workshop, held in February, we looked at gas. Demand in China is expected to keep growing. That’s because China doesn’t just need to replace coal, it simply needs more energy. Europe’s gas sector has decades of relevant experience, technology, policy, planning and business skills to offer China. Our 4 sessions are: Security of Supply; Gas for Power (coal phase-out); Competitive Markets; Renewable Gases. Our expert panellists range from senior level EC officers, the head of ENTSOG, top executives from European energy majors and businesses, analysts and academics. The workshops are joint projects by Energy Post and the EU-China Energy Cooperation Platform (ECECP), funded by the EU. The first was themed on Innovation, the next will be on Efficiency.

Natural gas has various advantages as an energy source. Flexible, good energy density, competitive and with lower CO2 emissions than coal. However, natural gas is still a significant CO2 emitter which means its use in the energy mix is, at least in Europe, being strategically managed under energy policy. To summarise greatly, natural gas can play a role during transition periods as a bridging fuel, offering an acceptable means to an end for consumers.

This applies as much in China as it does in Europe where, additionally, air quality is such a major cause for concern. This creates another driver for the use of natural gas and LNG to replace coal.

That means it needs a reliable, competitive supply. Pipeline routes combined with LNG imports help achieve this whilst transparent global and regional gas markets are being developed to offer consumers competitive, more predictable and affordable prices.

Looking further ahead, renewable and low-carbon gases present society with an opportunity to keep gas in the energy mix long-term – i.e., post-transition. The development of renewable and low-carbon gases and their integration into the energy system is therefore a crucial factor in how the role of gas is analysed for its economic and climate impact.

As is the case in Europe, in China the emphasis is on the rapid growth of renewables with its dual advantage of no or low-carbon and energy independence. Nevertheless, gas looks to maintain its important role in the mix. How it will evolve is what we consider here, sharing expert knowledge on all the pertinent issues over the course of four panel sessions.

Gas is so central to the Transition in Europe that all our readers will benefit from this workshop. Our EU business audience will find it especially informative in helping to evaluate opportunities in China and how to pursue them.

CONFERENCE IN ENGLISH (simultaneous translation from English to Chinese available)

Below we present the videos of the four sessions.

Session One: Security of Supply

China, like Europe, has a strong diversity of supply, with LNG and pipeline imports and domestic production. Unlike Europe, however, China is lacking in gas storage and in market competition – which are both key to balancing the market and ensuring flexibility.

The Chinese market is essentially where Europe’s market was 20 years ago, in the early stages of developing a liquid, open and competitive market. Third-party access is crucial to stimulating gas trade in China, lowering prices and adding flexibility, and Europe could help by sharing its experience in getting to where it is now. However, China’s geology makes it unlikely to develop gas storage capacity to the extent of Europe’s, even if the business model improves.

There is scope for Europe and China to cooperate in the LNG market. China could invest in more import capacity in Europe, and take the cargoes when it needs and leave them there when it doesn’t.

These changes will all take place against the backdrop of China’s goal for carbon neutrality by 2060, which will likely drive trillions of dollars of investment in clean technologies and infrastructure, including gas, biomass, hydrogen and carbon capture.

All panellists agreed that the outlook for gas in China’s power market is limited, largely because of concerns about import dependency and the high cost of gas compared to coal.

As China’s electricity markets become more competitive, the role of CCGT plants will depend on the province – whether the provincial wholesale market can support investment, whether it’s volatile because of intermittency or demand. Markets with volatility will want more flexibility, which could come from gas plants, batteries, interconnectors or other technologies.

China’s new goal for carbon neutrality by 2060 could encourage the use of gas for flexible power, to replace coal, but would still be competing against renewable sources.

China and Europe are both headed in the same direction: to carbon neutral economies by 2060 and 2050, respectively. Gas will play a role in both transitions, although in different ways.

Europe’s mature, competitive and liquid gas market is facing a gradual decline. It will likely help bridge the shift from coal-fired power to renewables, but recent policy decisions to end subsidies and priority status for fossil fuel infrastructure means the market will not grow much more. A carbon border adjustment mechanism, due to be proposed in mid-2021, will aim to bring other countries in line with Europe’s decarbonisation direction.

Gas in China and Asia, on the other hand, is expected to grow and replace the dominance of coal. This requires more gas infrastructure and market development, which means gas is likely to stick around for longer.

As large gas buyers, China and Europe have significant scope to cooperate, particularly in reducing emissions from LNG and setting principles for green gas, and sharing lessons on gas market developments.

Biogas, biomethane, hydrogen and other forms of green gas will have to play a role in meeting both China’s and the EU’s goals to become carbon neutral, because electrification cannot do it alone.

The technologies behind biogas and biomethane are already known, and scaling up production can create local jobs in rural areas, reduce CO2 and methane emissions and provide domestic sources of gas. These sources, and more nascent ones like hydrogen and power-to-x, may be more expensive than natural gas to begin with, but the cost will come down with development, as it has for solar and wind.

China and the EU have significant scope for cooperating in decarbonising gas. They could set common principles and standards for decarbonised LNG, and exchange expertise on digitalisation, for example. 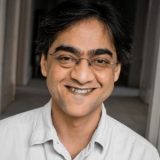