January’s IRENA report “A New World” has kick-started the debate on how the accelerating deployment of renewables will affect and alter the global distribution of political and economic power. Jan Frederik Braun and Daniel Scholten review its findings and build on the list of issues that must be faced. For example, although the IRENA report focuses on electrification the authors say power-to-gas is likely to play a major role, and we must face up to the still growing demand for fossil fuels. The authors’ thorough review covers other aspects too – including cyber security, the supply of critical materials, and on to finance and knowledge transfers. To facilitate the inevitable political upheavals coming our way they want to see the creation of a permanent Geopolitics of Energy Transformation Commission and Secretariat.

“A New World”, the recent report by the Global Commission on the Geopolitics of Energy Transformation, is the first high-level assessment on the possible implications of a transition from fossil fuels to renewable energy sources, after a number of recent studies on this new topic.

The report argues that the on-going shift from fossil fuels to renewables in the coming decades will transform economies and societies in ways that go well beyond the energy sector. This grand-scale energy transformation is fueled by the accelerated uptake of increasingly cheap forms of renewable energy production, distribution, and consumption, mainly solar, wind, bioenergy, geothermal and hydro. Based on the growth of renewables, in combination with increasing energy efficiency and the ongoing electrification of the world’s economy, the report sketches the contours of a new geopolitical landscape. This landscape is characterised by innovation-based competition between states, new and shifting alliances around energy technologies, power grids and trade routes, and increasing cross-border trade in electricity and renewable-related fuels, goods and services.

The effort of the Global Commission is a welcome starting point for kick-starting the political debate on the wide-ranging geopolitical consequences of the shift towards renewables. The report raises awareness of the fact that countries worldwide should prepare for the changes ahead and develop strategies to enhance the prospects of a smooth energy transition. “Political choices will affect the course and pace of the energy transformation, which is likely to progress at different speeds in each country and in each sector”. The report therefore urges countries to put into practice policies and institutions that facilitate a ‘smooth’ and ‘just’ energy transformation.

First, there is the need to further elaborate on the geopolitical implications of specific technologies. The report focuses mostly on solar and wind, which share variability as a common characteristic, but tends to treat renewables as a group. Informed and appropriate policy responses require an elaborate understanding of the geopolitical implications of specific technologies. Think only about the differences between decentralised (solar PV by households) and centralised (offshore wind) technologies.

In a similar vein, the report focuses almost exclusively on electrification, but largely ignores the role of new ‘gases’ as energy carriers, especially hydrogen, and the issue of heat usage. Several scenarios see electricity and gas playing complementary roles in future energy systems. A strong growth of solar and wind power, in combination with the development of power-to-gas (P2G), makes hydrogen conversion a particularly interesting carrier for heat, storage and mobility. Coupling power and gas grids, for example, gives energy systems valuable flexibility and transport capacity.

Second, there is a need to look in depth at the time and space of the energy transformation. Think about country-by-country and region-by-region comparisons or what new opportunities and challenges present themselves at different stages of the transition. It all comes down to collecting more empirical evidence on the geopolitical implications of renewables, solar and wind in particular, as they are now rapidly emerging. This could include, for example, assessing the impact of the lack of access to power grids, damming of rivers for new hydropower installations, critical material bottlenecks, and the challenging co-development of microgrids and supergrids. As shown in Figure 1, different challenges are likely to emerge at different stages of the transition, such as renewable technology competition, stranded oil assets, and reduced long-range energy dependence.

Figure 1: Identification of the types of change, along with a timeframe, resulting from the transition to renewable energy. Source: Indra Øverland (forthcoming 2019).

Third, the ability to innovate and deploy renewable technologies is a key determinant of a country’s resilience in the global energy transformation. Determining a suitable, tailored innovation mix for each country requires a systemic approach, combining innovations in technology with those in market design, business models and systems operation. The recent IRENA Innovation Landscape study is an important first step in highlighting the broad range of available innovations. These could accelerate renewable energy deployment to meet demand and ensure that the energy transformation is global and inclusive. But there is more to it than merely technological innovation. A recent survey among societal elites in Latin America points out that corruption, bureaucracy, a lack of international cooperation, and massive public-private investments are the most significant obstacles to scaling up wind and solar capacity and building supraregional power grids.

What’s next for a smooth energy transformation?

What’s next for the geopolitics of the energy transformation? How to facilitate a smooth global energy transition, i.e., one that is fast enough to limit climate change, stable enough that it circumvents energy security challenges that renewables bring, and inclusive enough that it does not widen the gap between developed and developing countries? We point to several key areas for follow-up:

Keep an eye on the geopolitics of (conventional) energy.

There clearly is a role for oil and gas in the future energy mix. Hence, important geopolitical flashpoints could undermine the energy transformation. The report is largely about renewable energy changing energy relations. However, it owes an explanation on how and to what extent ‘the geopolitics of conventional energy’ could challenge, influence, and (possibly) undermine the energy transformation.

The report argues that consideration will need to be given to standards and rules to ensure a level playing field in renewable energy trade, cyber security, and minerals and metals. These remarks invite a more concrete follow-up.

(1). Fast and effective implementation of structural economic support. The major issue here is to find a balanced trade-off between finance and knowledge transfers, and respecting property rights and profits. One might explore the role the WTO could play in the standardisation of contracts and providing a venue for conflict resolution.

(2). There is a need to further develop and implement existing norms of responsible state and non-state behavior that protects critical energy infrastructure from cyber-enabled interference. In 2015, a United Nations mandated working group outlined voluntary (legally non-binding) peacetime norms that states are encouraged to follow. One of these norms mentions that states should not “interfere with critical infrastructure” of another state. Even though the language does not specify sectors and services, states widely consider their energy infrastructure as ‘critical’. Common energy cybersecurity should hence be added as an important priority for multilateral dialogue and cooperation.

(3). More systemic and obligatory disclosure requirements should make the global supply chain of metals and minerals transparent. Efforts such as the Responsible Mining Index have increased transparency and accountability. However, more public-interest data is required to help companies foster more informed engagement with stakeholders, including governments, investors and civil society.

There is a need for an institutional follow-up that facilitates the exchange of best practices, knowledge sharing and conflict mitigation. We need to move from exploration and overviews towards understanding and policy. Primary candidates to play a ‘facilitating role’ are current energy organizations such as IRENA, the IEA and OPEC. We suggest that consideration should be given to:

The report “A New World” is an important starting point for putting the geopolitics of energy transformation on the international political agenda. It invites national governments and international organisations to (re-)assess their positions and policies, and constructively follow up on the work done so far by the Global Commission. In a perfect storm of (possibly) rampant climate change, (still) growing demand for fossil fuels, and accelerated uptake of renewables, it is high-time for effective and concerted policy action for a smooth global energy transition.

Dr. Jan Frederik Braun is a Strategic Energy Analyst at The Hague Centre for Strategic Studies.

Dr. Daniel Scholten is an Assistant Professor in Geopolitics of Renewables at the Technical University Delft and served on the Research Panel that supported the IRENA Global Commission on the Geopolitics of Energy Transformation.

Acknowledgements: The authors give special thanks to Thijs van de Graaf for commenting on an earlier version of this article. His leading role in drafting the report “A New World” for the Global Commission made his insights particularly valuable. Also special thanks to Indra Overland for letting us use a figure from his forthcoming publication. 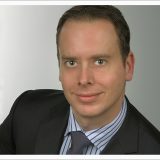