What’s the best way to store energy, from industry scale to electric vehicles, replacing the widespread use of fossil fuels? Pure hydrogen is an energy dense alternative, but the gas takes up a lot of space. Liquid ammonia doesn’t, yet it contains the hydrogen and therefore the energy. Ian Wilkinson at Siemens explains the advantages of using ammonia, NH3. Already the world produces 180m tonnes a year, worth €80bn. It’s mainly for agricultural fertiliser and its history of production goes back a hundred years: the Haber-Bosch process won those two gentlemen Nobel Prizes. So producing it at scale is a given. But ammonia today is derived from fossil fuels, both to power the production and to source the hydrogen. Wilkinson describes the Siemens Green Ammonia Demonstrator that is producing clean ammonia from green hydrogen and nitrogen, all powered by a wind turbine. Ammonia is a hazardous chemical, but existing industry standards should ensure it can be safely processed, stored and transported. He says the next step is to deploy clean ammonia production at scale to learn about the real world issues and costs it may face. Promoted by Siemens

The global energy system is undergoing a radical transition of decarbonisation right across the value chain. The world in general, whether it be politicians, industry or consumers, are pursuing low carbon solutions to power generation, mobility, industrial use and heat. But what will the future energy system look like?

When you consider the current energy system it works very well in many ways. Most of the developed world has access to abundant and affordable energy. The one drawback is the carbon emissions associated with fossil fuel consumption, and much of the focus today is about how to decarbonise the energy supply chain. One strategy that is very popular is electrification and that has great potential in some areas, but it faces several challenges.

The world has made good progress in the adoption of renewable energy for power (electricity) generation – and carbon emissions from this sector have fallen accordingly – but in countries such as the UK, electricity generation accounts for only around one fifth of the total energy consumed. Other energy intensive sectors such as industry, transport and heat have yet to make similar progress in decarbonisation.

Take the electrification of cars as an example. First you need to generate the electricity and if you want that to be from a renewable energy source it will require storage so that the power is available even when the sun is not shining, or the wind is not blowing. While the current energy system has a vast amount of storage built into it, the vast majority is in the form of hydrocarbon fuels such as natural gas, petrol, diesel or kerosene– also referred to as chemical energy vectors. Feasible energy systems are likely to require chemical energy vectors, as these give a practical means for storing and transporting energy in bulk. Arguably we will need to make greater use of them if we are to source our energy from renewable rather than fossil sources.

Ideally, then, the search is on for a chemical energy vector that does not contain any carbon. Here, hydrogen is a great option as it has got the highest energy density by weight of any chemical fuel. The problem with hydrogen is that its volumetric energy density is low: it is difficult to get a lot of hydrogen in a small space.

As an example, fuel cell electric vehicles have a typical hydrogen inventory of 4 – 5 kg to give them a range of 300 miles, but need to compress this hydrogen to high pressure – typically 700 bars – to make the fuel tank small enough to fit in the car. That requires specialist, lightweight tanks. It takes a lot of energy to compress hydrogen to 700bars and unfortunately the technology does not scale – high-pressure tanks of sufficient size that store enough hydrogen (as a gas) to be useful to energy systems on a nation scale are simply impractical. Underground hydrogen storage, e.g. in salt caverns, is feasible, but is limited to those areas with the right geology. What is required is a form of hydrogen – or hydrogen carrier – that can be produced using renewable energy and stored in bulk.

One promising candidate for this role is ammonia; an ammonia molecule comprises one nitrogen atom and three hydrogen atoms (for comparison, a methane molecule has one carbon atom and four hydrogen atoms). Ammonia can be synthesised from raw materials that we have in abundance, namely water and air, using renewable energy.

The Earth’s atmosphere is roughly 78 per cent nitrogen and this can readily be separated out from air. Hydrogen can be obtained from water, via a process called electrolysis. Once the hydrogen and nitrogen are produced, they can be combined in an industry-standard reaction called the Haber-Bosch process to produce ammonia. If renewable energy is used to power these processes, then that energy becomes locked up in the ammonia molecule, without any direct carbon emissions.

Ammonia, or NH3 to give it its correct chemical name, is already a significant chemical. Current annual global production is around 180 million tons a year, with a commodity market value of around €80bn a year.

Currently, over 80 per cent of this ammonia is used in the fertiliser industry but there are other far wider uses for it within the energy transition. It enjoys similar storage properties to Liquified Petroleum Gas (LPG) in that it liquefies at -33 degrees Celsius under ambient pressure, and at around 10bar in ambient temperature. While ammonia carries a significant toxicity hazard, suitable equipment and safe handling procedures have been well established over decades of production at industrial scales.

Ammonia is produced in vast quantities worldwide for agricultural fertilisers but currently uses natural gas or other fossil fuels to provide both the hydrogen feedstock and the energy to power the synthesis process. Existing ammonia production plants are a major emitter of CO2, accounting for around 1.6 per cent of current global emissions.

While being cost-effective for today’s industrial uses of ammonia, the use of fossil feedstock and energy sources means ammonia has yet to play a role as an energy vector – but that is now changing. By moving over to green hydrogen, that is hydrogen that is produced with renewable energy via water electrolysis, the carbon emissions from producing ammonia can be negated.

Based at the Rutherford Appleton Laboratory in the UK, the Siemens Green Ammonia Demonstrator assembles all the technologies required to demonstrate the complete ammonia energy cycle. The green hydrogen is produced using a 13 kilowatt (kW) Electrolyser, producing 2.4 normal cubic metre per hour (Nm3/hr) of hydrogen. Nitrogen is obtained from a 7kW Air Separation Unit, exploiting the Pressure Swing Absorption principle to produce 9 Nm3/hr nitrogen. Renewable electricity is supplied by a 20kW wind turbine situated at the test site.

The hydrogen and nitrogen are combined to produce ammonia via a custom-built Haber-Bosch synthesis unit with a capacity of 30kg of ammonia a day. The ammonia is stored as a pressurised liquid in a 350kg capacity tank, and then used to power a 30kWe reciprocating spark-ignition Generator set. The whole system is managed by a custom-deployed Siemens PCS7 Control System for unattended operation.

The aim of the demonstrator is to show that not only could this process be used to dramatically reduce emissions from the production of ammonia for conventional uses, but that ammonia can also be a practical hydrogen energy vector, further reducing CO2 emissions across our energy systems by providing for the storage of renewable energy at scale.

A particular advantage of ammonia is that the technology required to deploy it as an energy vector already exists at the required scale: industrial air separation processes to produce nitrogen are routine; water electrolysis was performed on an industrial basis before steam methane reforming became a cheaper source of hydrogen; large-scale ammonia tanks and tankers have been in routine service for decades. Fritz Haber won his Nobel Prize for the synthesis of ammonia from its elements in 1918; Carl Bosch was recognised for his efforts to develop this into an industrial-scale process with a Nobel Prize in 1931; and the infrastructure to support the ammonia industry has been optimised on a continuous basis ever since.

I am often asked which storage technology is the “best” solution for renewable power, my answer is that we need to deploy a range of storage technologies that are appropriate for a given application. Batteries have an important role to play, but one drawback is that the storage cost with batteries is linear: if you need twice the capacity, then it is two batteries.

When it comes to chemical energy storage, first you can decouple power and energy. You can choose the gas turbine to provide the required power, then how long you want to run that engine for determines the size of the tank you need. If you want a large energy capacity, you just need to make the tank bigger, which is relatively cheap – particularly at large scales.

The future for ammonia

For storing large quantities of energy, chemical fuels provide an energy dense and convenient medium – it’s why they are ubiquitous today. The challenge with the fuels we use now are the carbon emissions that result from burning them. One way of thinking about ammonia is that it solves the conundrum of replacing hydrocarbon fuels with something that doesn’t contain any carbon, while also overcoming the challenges of storing and distributing hydrogen in bulk. One of the enticing things about ammonia is that there is a very established ammonia industry today.

There have been a lot of studies carried out on our future energy system and while these are useful and informative there comes a time when you have to start building and testing systems in order to learn about the real-world issues in deploying them. And for ammonia as a green energy vector I think that time is now.

Ian Wilkinson is a Programme Manager at Siemens Gas & Power 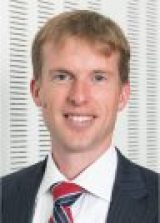 Ian Wilkinson is a programme manager in Siemens’ Energy Transition team. He led the group that designed and built the Siemens ammonia-based energy storage system demonstrator at the Rutherford Appleton Laboratory, and an ongoing research programme into thermo- and electro-chemical ammonia synthesis with Oxford University. As a first step towards a hydrogen economy in the UK, Ian developed an electric vehicle recharging system based around hydrogen fuel cells, operated it very publicly at this year’s Goodwood Festival of Speed, and is now working to commercialise this service. Ian also continuous to develop technical solutions needed to realise a green ammonia (hydrogen) supply chain, such as ammonia cracking.