Over 3 billion euros of EU money meant for Europe’s poorer regions could be up for grabs by the fossil fuel industry if EU Member States do not change their current position on 25 June.

The funding, which is part of the 374 billion Euro ‘Cohesion Policy’ pot, was – in the European Commission’s proposal – meant to go to sustainable economic activities.

Yet if EU Member States get their way, a significant portion of the funding would be made available to fossil fuel industries. By reinforcing the reliance of those regional economies on price-volatile fossil fuels and extraction, the European Cohesion Policy would do exactly the opposite of what it is supposed to: leave the most vulnerable regions behind.

The fossil fuel industry is not only volatile and insecure, it is also in decline. The cost of renewables is plummeting and in many countries, they are more competitive than conventional energy sources. Just two weeks ago the UK reported its first coal-free week for nearly two centuries. Investing in the fossil fuel industry will stifle prosperity and bridle communities with insecurity in Europe’s poorest regions for decades.

Moreover, this use of the funds would directly undermine the EU’s climate and energy objectives – and with that, scupper the huge economic potential a move to sustainable activities would bring. For example, the EU Commission’s long-term climate strategy calculates that reaching a climate-neutral economy will increase EU GDP by 2%, without even counting the benefits of avoiding climate change.

Instead of trying to ensure the EU money is used effectively and efficiently to help all regions move together to a sustainable future, Member States are spending their time squabbling over how much they put in. In the meantime, it has been left to the European Parliament to defend regions against the lobbying of the fossil fuel industry and say that the funds must be invested in sustainable economic activities. Member states should take the Parliament’s lead and agree a Cohesion Policy fit for the future, ensuring a meaningful allocation to green investment and a complete exclusion of fossil fuels.

The aim of the European Cohesion Policy is to reduce regional disparities. How to achieve this is not simply a question of how much money is needed, but how that money is spent. Only by truly targeting the EU Cohesion Funds at sustainable economic activities and ensuring that no funds can be invested in fossil fuel infrastructure, will Cohesion Policy serve regions well and leave none behind. 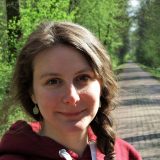