Until recently, the Netherlands has had no major concerns regarding natural gas security of supply. That’s just as well, given gas plays a big role primarily in the generation of heat: 90% of buildings and 40-50% of industrial heat are based on gas. Now, decarbonisation plans to cut its own gas production as well as consumption brings with it major dilemmas. Irina Patrahau and Lucia van Geuns at The Hague Centre for Strategic Studies present a summary of their paper that explores the issue. A rapid cut in gas production will mean importing more until it is replaced as a significant generation source by 2030. That leaves the Netherlands, and other EU nations pursuing a similar path, even more dependent on Russian gas. That will give Russia, the major exporter, leverage when geopolitical confrontations occur in places like Eastern Europe and the Middle East. It will also further expose the existing lack of coherence in EU energy security policy, as individual nations pursue their own solutions, leaving them open to “divide and conquer”, explain the authors. And imported gas from Russia and the U.S. has higher emissions, reversing any global benefits from reducing the Netherlands’ own emissions. The authors end by pointing the EU and its members at what can make sure climate goals don’t undermine political and strategic autonomy: diversification of supply, enhanced EU cooperation on energy security, stricter methane regulation, and an accelerated energy transition.

Natural gas has been the principal energy resource in the Netherlands. However, the last decade represented a turning point in the Netherlands’ domestic natural gas outlook. The earthquake that struck Huizinge[1] in 2012 was the catalyst in an already tense gas production environment, characterised by public outrage over the consequences of gas extraction and increasing support for climate goals.

The ensuing series of events led to the Dutch government’s decision to stop production of gas from the Groningen gas field by 2022. At the same time, it established a strongly held view among a large part of the Dutch population that it is no longer acceptable to produce gas domestically. The Netherlands decided under the Klimaatakkoord that the decarbonisation of the Dutch economy represents a priority for the decades leading up to 2050.

However, these plans are still in an early phase of implementation. The interplay of several factors raises dilemmas regarding energy security of supply in the future decades: the decision to phase-out the production of Groningen gas, a relatively stable domestic gas demand, and ambitious climate goals.

The share of gas in the Netherlands’ energy mix is significant and relatively stable. The historical legacy of one of Europe’s biggest gas producers is translated into a large domestic consumption of gas compared to other EU countries.

Gas is primarily used for the generation of heat – 90% of buildings and 40-50% of heat used in industry are based on gas. According to PBL’s (Netherlands Environmental Assessment Agency) 2020 estimations, gas demand will continue playing a significant role in the Dutch energy mix until 2030.

The decision to considerably reduce domestic gas production therefore does not match the Netherlands’ gas demand levels. Even though natural gas resources are still to be found in the Netherlands, it will become difficult for domestic companies to secure gas supplies for the years leading up to the complete transition to renewable energy. This is a result of the sub-optimal business climate for the Dutch gas upstream industry, which is in turn connected to the anti-gas sentiment in the Netherlands.

The country now faces a similar situation to its European counterparts. It is reliant on foreign imports primarily as Russian pipeline gas, complemented by limited Norwegian supplies and American or Qatari Liquefied Natural Gas (LNG) among others.

The geopolitical and environmental implications of the Netherlands’ gas import dependence negatively impact the country’s strategic autonomy and its ambitious climate goals. The Dutch and European gas security of supply is challenged by three political dilemmas.

First, the geopolitical influence of the Netherlands and the EU is undermined by their strong economic dependence on Russia for natural gas supplies. The effectiveness of European Neighbourhood policies and large amounts of development aid is weakened by the inability to combat Russian interference in non-EU countries in Eastern Europe and the Middle East.

When even highly controversial events lead to minor impacts on EU-Russian fossil fuel trade, Russia gets leeway to engage in other actions that are considered problematic by EU countries.

Second, EU member states tend to act according to sovereignty rather than solidarity in securing energy supplies. EU countries lack policy coherence and a geopolitically motivated approach to energy relations, partly due to diverging national interests and partly to the private nature of energy companies in the EU.

Fragmentation opens up opportunities for countries such as Russia to apply ‘divide and conquer’ strategies with the purpose of causing instability and distrust.

Third, from an environmental perspective, the sharp increase in imports negatively influences global climate ambitions. Importing gas is far more problematic from the perspective of greenhouse gas (GHG) emissions than European domestic production. GHG emissions will be significantly higher when importing pipeline gas from Russia or LNG from the United States. Methane leaks along these gas supply chains have been reportedly much higher than Dutch, British or Norwegian ones.

Ensuring strategic autonomy and achieving climate neutrality are core priorities of the Netherlands and of the EU. Energy import dependency is a key inhibiting factor to achieving these objectives. The wide range of uncertainties associated with diversification options further complicate the issue.

It is essential that the Netherlands and other EU members – which until now have been emphasising the economic aspects of energy imports – acknowledge the geopolitical and environmental dimensions of dependency. There are serious political costs associated with dependency and the resulting dilemmas lack a clear-cut solution.

Answers: four areas to focus on

Diversification, enhanced EU (energy) cooperation, stricter methane emissions regulation, and an accelerated energy transition represent some of the building blocks of an effective approach toward gas security of supply and climate goals in the Netherlands.

[1] The strongest induced earthquake in the Groningen province (3.6 magnitude). Huizinge prompted the introduction of production caps for gas extraction from the Groningen field. 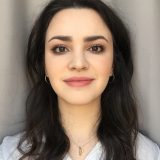 Assistant analyst at The Hague Centre for Strategic Studies