This month Greece’s Public Power Corporation (PPC) admitted its effort to sell a third of its lignite assets had failed. Dr. Nikos Mantzaris, of the think tank The Green Tank, gives his explanation for why the numbers never added up for the buyers. He now fears the PPC will simply sweeten the deal. Instead, Greece should abandon failing lignite assets, reform the electricity market and refocus on renewables.

Nobody offered anywhere near the price Greece wanted

The single valid bid that was submitted concerned only one of the three lignite plants up for sale, while the reported €25 million offer was rejected because it was six times smaller than the corresponding appraisal of the independent evaluator. A second bid for all three plants was also submitted but was rejected upon reception, since it contained a mechanism of sharing losses and profits between the new and old owners that did not comply with the approved terms of the Sales and Purchase Agreement (SPA). Even so, the offer of €103 million was almost three times lower than the appraisal of the independent evaluator.

Considering the huge efforts and measures taken or announced so far by PPC and the Greek government in order to attract investors, it becomes clear that the road ahead will not be paved with rose petals.

The first scenario is sketched by PPC’s initial reactions to the collapse of the sale: Insist on it by modifying the SPA in hopes that it will attract the interest of potential investors. The obvious question is what more can be possibly offered, on top of the measures already taken, to stimulate their interest?

First, the Greek government and the PPC can escalate their pressure to the European Commission for a swift approval of a Capacity Mechanism (CM) that will heavily subsidise the lignite industry. While these negotiations are undertaken under complete secrecy and without any consultation with the relevant stakeholders, it is believed that the PPC is attempting to exploit a loophole in the new electricity market regulation that excludes from the new rules all capacity payment contracts signed before the end of 2019. By signing long contracts for capacity payments the PPC will sweeten the deal for potential investors, while also ensuring a steady flow of income for “Ptolemaida V”. The new, under construction, lignite plant – not included in the current call for bidding offers, is not eligible for any capacity payments, under the new EU Electricity Market rules. However, just like in the case of the Ostroleka C plant in Poland, the Greek government is trying to bypass the rules and channel an estimated €43 million per year to cover some of the plant’s expected losses, on top of the €1.4 billion that it is costing PPC to construct it.

Second, the PPC can seek the approval of DG COMP to modify the SPA in order to include a mechanism of sharing profits and –predominately- losses between the PPC and the new owners. The consortium which made the second (invalid) offer alluded to the possibility of becoming interested if such a mechanism were in place.

Third, the PPC hopes to further reduce the operating costs of the assets up for sale by placing more workers into voluntary retirement. Within the months preceding the deadline it has already enlisted almost 400 workers will accept such packages, 250 less than the personnel cuts the potential buyers demanded.

These aspirations share one common characteristic: they are placing the interest of the Greek citizens, the Greek economy, the EU internal electricity market rules and the common climate mitigation targets in the back seat in order to perpetuate the obsolete lignite-based electricity model in Greece.

Specifically, aside from the one-off payments to the workers who accepted the voluntary retirement, there is no real plan to develop alternative economic activities in lignite regions, and compensate for the numerous jobs that will be lost in other sectors of the local economies as a result of these retirements and the imminent closure of other lignite plants (Kardia and Amyntaio).

Moreover, the losses from the operation of the lignite assets to be sold will end up being paid by the consumers irrespective of any mechanism that will be devised to share them amongst new and old owners of the plants.

Last but not least, the capacity payments to lignite plants will also be paid by electricity consumers, without any proof that such subsidies are necessary for the security of electricity supply. The assumptions made on the penetration of renewables and the retirement timeline of lignite plants in the government’s proposal for the Greek Capacity Mechanism, as well as the consistency of these assumptions with those in the draft National Energy and Climate Plan (NECP), are completely unknown. Keeping the lights on could also be achieved through increased shares of renewables in conjunction with energy storage and demand side management technologies.

The second scenario would be to “repackage” the assets for sale by including the PPC’s hydroelectric plants, just like the “small PPC” plan proposed by the previous government five years ago, and rejected by the current one a year later. It is no secret that the European Commission has been in favour of this idea all along, as it thought that packaging the “bad” lignite assets together with the “good” hydroelectric plants would make the package more attractive.

However, the PPC and the current Greek government are trying hard to avoid such a prospect, since the hydroelectric plants constitute premier assets and could spearhead the financial recovery of the deeply wounded PPC. This is a valid assessment especially if some of the PPC’s hydroelectric plants are converted to pump-hydro energy storage systems and facilitate high penetrations of renewables in Greece’s electricity mix, which, even under Greece’s unambitious draft National Energy and Climate Plan (NECP), are expected to increase significantly in the coming decade.

Moreover, reactions to the potential revival of a “small PPC” plan are expected to be intense, especially during an election year. Thus, no swift progress in the reform of Greece’s electricity market is likely if such a scenario is pursued.

3. The path to sustainability

The third scenario would accept the inescapable demise of Greek lignite and abandon all efforts to render attractive, the structurally and financially unattractive lignite package, at the expense of other sustainable technologies, Greek electricity consumers and the future of lignite regions.

Instead, the Greek government, the PPC and the European Commission should agree to remove the clause for the lignite sale from the supplemental MoU that was signed in 2017. Surpassing this hurdle will allow the focus to shift towards developing a sustainable plan to reform the electricity market and phase out lignite from Greece’s electricity mix by 2030.

The monumental failure of the lignite sale renders the issues and proposals raised in these letters, more timely and relevant than ever.

Dr. Nikos Mantzaris is a Senior Policy Analyst & Partner at The Green Tank 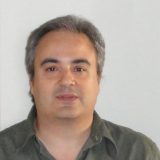 Nikos Mantzaris is a chemical engineer working as a senior policy analyst on energy and climate issues in the Green Tank, the first environmental think tank in Greece