The positive signals coming from EV sales and charge points contrast with the lack of progress in finding alternative fuels for aviation, shipping and trucks. Cornelius Claeys runs through the prospects for biofuels and hydrogen to power long-haul transport. Biofuels are already used as a substitute for fossil fuels, and EV uptake will usefully free them for fuelling heavy transport. But as decarbonisation ambitions rise the pressure on scarce biofuel feedstocks will only increase, limiting its supply, while the search for more sustainable feedstocks is proving elusive. Meanwhile the hydrogen economy is only now being created. Though this year saw it win substantial backing, it still needs costs to come down and the infrastructure to be built. Policy makers in the EU and around the world will have to bear all this in mind when setting emission reduction targets for long-haul travel.

The transport sector is the largest climate laggard in Europe. While emissions from EU industry, electricity, buildings and agriculture all decreased by 20-40% the past thirty years, transport emissions went up by a third.

Electric vehicles (EVs) have long been hailed as the holy grail for decarbonising the sector. They emit less carbon than most alternatives, and the gap will widen as countries phase out coal while increasing the share of renewable electricity.

The issue has been that actual EV uptake remained a marginal phenomenon. Less than 0.5% of European cars was electrically chargeable in 2019 and most of these were concentrated in a handful of small Northwestern countries. This is changing. Europe-wide EVs sales are estimated at 12% in October, up from 10% between July-September 2020, 7% the preceding three months and just 2% a year before that.

Although 9 out of 10 cars sold in Europe still depend on internal combustion engines, the exponential increase in EV market shares is a true game changer. Two historical barriers for large scale road electrification – a price disadvantage and lack of charging infrastructure – now seem largely out of the way. Aided by benefits of scale and COVID-subsidies, the cost of ownership in many EU countries is now lower for EVs than diesels.

Charging stations are mushrooming across the continent, growing by a yearly average of 40% in the past eight years. The most rapid growth is witnessed in the fast charging segment, some of which can add 350 km driving range in under 20 minutes. Already there are more EV recharging points than gasoline stations.

The Commission targets another five-fold increase over the next five years. EU legislation will oblige carmakers to half average fleet emissions between 2021-2030. Many cities have announced all-out diesel bans in the shorter term. With such strong incentives on multiple fronts, it seems a largely electric passenger car fleet may not be a pipedream after all.

…but poor prospects for batteries in aviation, shipping, trucks

Electrification is not nearly within sight in other transport segments. Batteries will remain too heavy for commercial flights for at least the next 20 years. Considering the average lifespan for planes is 30 years, most will still depend on current engine design by 2050. Long-haul shipping faces similar challenges, and it is unlikely any battery will have enough storage capacity to carry 200,000 tonnes across an ocean without recharging. Heavy-duty trucks also need much power for too long to be competitive with diesel at current battery technologies. Despite hopes of some that behavioral trends will be maintained after the current pandemic confinements, each of these three segments is forecast to see significant growth over the coming decades.

Biofuels are not without controversy, and aspects of them have proven deeply problematic. Policies focused overly on volumetric blending resulted in a dependence on monoculture feedstocks, some of them charged with displacing food production or linked to deforestation. When indirect land use change is considered, palm oil biodiesel in particular can have a higher carbon-intensity than the diesel it displaces. Add a number of high-profile fraud scandals and it is no surprise some wonder whether the cure is worse than the disease.

Despite legitimate concerns, most forecast models that keep global warming within 1.5-2 °C count on significant biofuel uptake. Any litre of biofuel burned keeps an equal amount of fossil fuel in the ground. Carbon is also released when burning biofuels, but it was absorbed from the atmosphere recently and so the process can repeat itself without the cumulative damage fossil burning entails.

This does not make biofuels carbon neutral – energy is needed to convert the feedstocks into fuel. When using waste materials, up to 90% emission savings can be achieved. European crops like rapeseed oil generally score closer to 50%.

For all biofuels’ flaws, these savings explain why environmentally progressive jurisdictions like Sweden and California consume some of the highest shares of biofuels globally. Rolling out the infrastructure for electrification takes time. Biofuels can reduce emissions immediately where it is most needed.

The issue with biofuels is opposite to the challenge electrification faces. While additional EV uptake gets easier the more are already on the road, biofuel feedstock constraints mean supply gets tighter the more is consumed.

The Renewable Energy Directive (RED) mandates 10% renewable energy in the European road sector this year. Lacking scaled alternatives, the vast majority of this is met by biofuels, many of which can be counted twice towards the target because they are waste based. Even at this low share, the supply of waste feedstocks is already reaching its limits.

With palm oil being phased out, crop-feedstocks capped and the obligation for advanced material increasing, the pressure on scarce feedstocks will only increase. It is likely someday we will tap into a whole additional pool of sustainable feedstocks like plant stems, stalks and leaves, but to date these cellulosic volumes remain marginal and cost reductions have been much less impressive than for other renewable energy forms.

There is currently no RED II obligation for aviation or shipping to add biofuels to the mix, but any product consumed in these sectors can generate 20% more credits than in road use. Aviation may soon follow the road sector driven by national biofuel blending obligations. Norway became the first country globally to introduce a SAF obligation this year. Germany and Sweden most recently started legislative procedures for mandating yearly emission reductions to aviation fuel suppliers. Finland, the Netherlands, France and Spain are each in different legislative stages of introducing similar quota.

The Commission may announce an EU-wide SAF by early 2021. No such policies are in the pipeline for shipping, but the planned inclusion of the sector in the EU ETS would be a boon for marine biofuels. The trucking segment already has to comply with existing biofuel blending obligations and emission reduction obligations, both of which will further tighten the coming decade.

European policymakers have high hopes for green hydrogen. While currently this market is non-existent, the ambition is to increase it to 10 million tonnes by 2030. The basic reasoning makes sense. Supply and demand do not overlap for renewable electricity, so overcapacity will be built to serve the moments of peak demand. On a windy night or sunny Sunday, excess electricity could be stored through electrolysis in the form of green hydrogen. Electric energy can thus effectively be stored without discharge or the need for heavy batteries.

Hydrogen’s high energy density and low weight make it the prime candidate for decarbonising long-haul transport. Considering that new solar and wind additions are often cheaper already than non-renewable alternatives and prices will continue to fall, there is more reason for optimism than during previous hydrogen hypes.

Footnotes apply to hydrogen’s theoretical potential. Its green variant is still about 3 times more expensive than the equivalent from natural gas or coal. Conversion losses mean much more electricity is needed than the actual energy hydrogen can provide. High pressure storage comes with a long list of safety considerations. Planes and ships meant to run on it are yet to be designed, and the infrastructure is faced with a chicken and egg problem. Each of these disadvantages is expected to improve with time, but time is scarce.

Policies around the world

Europe is no longer alone in its climate ambitions. Policymakers in the US, Japan, South Korea and China have all announced climate neutrality goals in the past few months. Most of these governments will remain in place for the next few years and will have COVID-recovery funds and low interest rates at their disposal. The Green Deal has far-reaching implications for almost every policy domain, from energy to taxation and trade. All major directives related to transport will be revised in 2021. Delicate balances will need to be found between policy certainty and healthy competition in incentivising alternative fuels.

To reduce transport emissions by 90% within thirty years as the Green Deal sets out to do, all low-carbon pathways will be needed. Passenger cars are the low-hanging fruit. Fleet electrification, train revamps and smart urban planning can cut down their impact significantly. Aviation, shipping and trucking are thornier. Biofuels will need to turn over a new leaf and branch out to these new sectors. The seed is sown for green hydrogen, but policymakers cannot beat around the bush if it is to really take root. Some green momentum does not mean we are out of the woods, but a forest seems to emerge despite all the trees.

Cornelius Claeys is an Alternative Fuels Analyst at Stratas Advisors 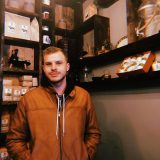