Germany was a wind energy leader. But by 2019 it was only ranked sixth globally for newly installed capacity per year. Antje Nieber and Paul Lehmann at the University of Leipzig explain why. At its heart is a conflict of priorities: lowest cost versus the interests of residents and nature, being played out at the national and federal levels. The switch from feed-in tariff support to lowest-cost tenders stalled a lot of wind projects. Lawsuits and complaints by residents and nature conservation groups over the location of turbines have delayed many more. The authors present maps of optimal locations, depending on what the priority is: low costs (windy locations); distance from residential areas; impact on nature. To balance these priorities, better coordination between the centre and the states is needed. Educating citizens about the possible conflicts and benefits, too. But there’s no getting away from inclusive decision-making and transparency, say the authors. They also note it’s not just wind that struggles with trade-offs; gas, coal and nuclear face it too. Whatever the solution, it must be found soon. To hit the 2030 target of 65% of total electricity consumption from hydro, biomass, solar and wind, Germany needs to install 1,500 turbines a year – last year it managed only 420.

Germany has long been considered a pioneer in energy transition globally. Over time, however, the tide has been turning: it is becoming increasingly difficult to deploy new wind turbines in Germany. In terms of total wind power capacity installed, China and the USA have now overtaken Germany (Our World in Data, 2020). In terms of newly installed capacity per year, Germany only ranked sixth globally in 2019. What has happened?

In 2000, the Renewable Energy Act (German EEG) was introduced and since then renewable energies have been promoted and continuously expanded in Germany. Today, almost 50 percent of all electricity produced in Germany has a renewable source – wind energy being the main corner stone of green electricity production (Fraunhofer ISE, 2020). The German government aims to raise the amount of electricity generated from water, biomass, sun and wind power to 65 percent of total consumption by 2030 in order to achieve its climate protection goals (Federal Government of Germany, 2019).

According to the German Renewable Energy Federation (BEE), this would require the installation of an additional 4,700 megawatts of onshore wind power per year, which corresponds to 1,500 modern wind turbines (BEE, 2019). This is not an easy achievement.

Countrywide, only 420 new onshore wind turbines with a total capacity of 1,431 megawatts were put into operation in 2020 (German WindGuard, 2021). Although that is 46 percent more than 2019, it is a third less than in 2018. This clearly shows the deployment of wind energy has slowed down significantly since 2018, which is emblematic of the standstill in German climate policy (cf. Fig. 1).

So far, the German government has not presented any forward-looking proposals for more effective climate protection, either through the specially appointed national committees, the Climate Protection Act passed at the end of 2019, or the latest reform of the EEG. For example, this lack of initiative is reflected in the Climate Change Performance Index (CCPI), which compares the climate protection performance of industrialised and emerging countries as well as across the EU. After five years of mediocrity, Germany is currently ranked 19th; a position even lower than the EU average. (Germanwatch, 2020).

At the same time, political pressure to act remains high: this is not least due to the protests of increasingly larger parts of the population who have recognised the climate crisis as the most important challenge of our time. For instance, the Fridays for Future (FFF) movement has regularly initiated protests for more effective climate protection measures, mobilising millions of people worldwide throughout 2019 to strike for the climate. It remains to be seen how FFF will continue to organise itself, (also in view the pandemic) and ultimately succeed in weighing effective public pressure on national parliaments.

How can the decrease in wind energy deployment be explained?

There are multiple reasons for the current near complete standstill. Among these is the amendment of the EEG in 2017, which entailed the switch from a statutory feed-in tariff to a system that determines the level of support for renewable energies through tenders. During the changeover phase, numerous wind energy projects that had not yet been approved were awarded contracts. However, many of these projects have not been implemented subsequently and are now missing from the current deployment process (Onshore Wind Energy Agency, 2019).

Another main reason lies in the bureaucracy involved: lengthy approval and lawsuit procedures. According to the German Wind Energy Association (BWE) in 2019 around 10,000 megawatts were stuck in approval procedures (German Wind Energy Association, 2019). What is more, many wind energy projects that were approved are now the subject of complaint orders. Species protection is one of the most frequent grounds for complaint, as protected species such as birds of prey are affected by rotor blade collision in particular. Moreover, local residents may feel adversely affected by noise pollution, shadow casting, and landscape degradation.

Is there an optimal procedure for wind energy deployment?

The above examples not only show legal and bureaucratic obstacles in the deployment of wind energy; they also reveal fundamental challenges for people, nature, and the landscape that accompany the energy transition. However, as not all of the arising impacts can be taken into account equally, the deployment of wind energy leads to so-called spatial ‘trade-offs’, i.e., objectives that conflict with one another.

In this regard, various criteria can shape the deployment of wind power, and what constitutes an optimal spatial distribution of wind turbines crucially depends on how different criteria are prioritised.

If the costs of electricity generation are to be minimised, wind power should be deployed primarily in the windy regions along the North Sea and Baltic Sea where the turbines can avail of maximum wind yield. In contrast, if the protection of residents is deemed important, deploying wind energy in sparsely populated states such as Mecklenburg-Western Pomerania and Brandenburg could be considered optimum.

Further, if nature conservation and species protection are prioritized, turbines should be located where birds of prey that are sensitive to wind power occur less frequently, for instance in states such as Bavaria and Lower Saxony (cf. Fig. 2).

Ideally, progress could be made by identifying low impact terrain. However, even experts disagree on how the criteria should be weighed (cf. Lehmann et al., 2021).

In Germany, the deployment and siting of wind energy turbines are not regulated uniformly at central and federal state level. In practice, the above-mentioned criteria are considered to varying degrees by decision-makers at both levels. The central government, in addition to its concerns about securing electricity supply, focuses foremost on minimising electricity costs for the general public. Accordingly, the nationwide EEG tenders are primarily aimed at promoting the construction of wind power plants at locations with maximal wind yield.

However, the individual federal states pay specific attention to local interests and focus on the protection of residents and nature. Further, there is no uniform approach amongst federal level decision-makers. Regulations governing the distance of turbines to residential areas or the construction of turbines in forests follow different policies depending on the federal state (cf. Fig. 3).

In Bavaria, for example, the deployment of wind energy has almost totally ground to a halt. This is due to the so-called 10H regulation that requires the distance of turbines from residential areas to be a minimum of ten times the height of the turbine itself. Certainly, measures such as these can help protect local residents and nature; however, they run counter to the national strategy of achieving the energy transition goals in a cost-efficient manner.

To achieve the German climate protection targets by 2030, the deployment of wind energy must demonstrably regain its former pace. Undoubtedly, this requires better coordination of wind energy policy between the central and federal states.

However, the demands on certain affected actors to simply shift the control of wind energy deployment completely to the central level may not fulfil objectives. Such an approach would only take different knowledge and interests about local conflicts of interest insufficiently into account. As noted above, the optimal distribution of wind turbines varies greatly depending on the criterion considered.

Furthermore, decision-makers in the individual federal states have different ways of assessing distribution and ensuing trade-offs. Blanket standardisation of distance regulations or uniform guidelines on how much land each federal state should make available for wind energy are, therefore, not very effective. In this respect, the central government’s recent decision against introducing a binding minimum distance of 1,000 metres from settlements is to be welcomed, whereby individual states may follow this guideline as an option. Compromises of this sort are useful in assessing which future contributions the federal states should and can make to ensure the deployment targets for wind energy are met.

Still, it would be helpful for the planning authorities to centrally standardise assessment procedures to ensure that nature conservation and species protection are taken uniformly into consideration. After all, nature conservation is the most common criterion determining whether an installation is approved or not. Specified minimum thresholds for conservation would be helpful for regional decision-makers who have the ultimate responsibility of weighing up the entire range of competing criteria.

Energy transition can only be successful as a joint project

Conflicting goals – trade-offs – in wind energy deployment do not call the energy transition into question fundamentally. All energy sources cause trade-offs. Yet, with fossil and nuclear technologies, the trade-offs are even more pronounced than with renewable energies.

Nevertheless, the energy transition can only succeed if it does not only take trade-offs and conflicts of interest into account but also relies on a combination of renewable energies and reduced electricity consumption.

Ultimately, success largely depends on the extent to which all affected actors are involved in the decision-making processes. It is key to inform residents about possible conflicts so that they are empowered to make educated decisions about how criteria are weighed. Open dialogue on the benefits of the energy transition, as well as its costs and incentive schemes for financial participation are crucial. The energy transition can only succeed if it is understood and promoted as a joint project.

The MultiplEE research group at the University of Leipzig and Helmholtz Centre for Environmental Research – UFZ, Leipzig, Germany examines how the political governance framework in Germany can be designed so that the expansion of renewable energies is as environmentally compatible as possible – taking into account people, nature and the landscape. The research group is funded within the programme of social-ecological research by the Federal Ministry of Education and Research.

Antje Nieber works for the research project MultiplEE at the University of Leipzig and the Helmholtz Centre for Environmental Research (UFZ), where she is also responsible for science communication.

Paul Lehmann is an Assistant Professor and project leader of the research project MultiplEE at the University of Leipzig and the Helmholtz Centre for Environmental Research (UFZ). 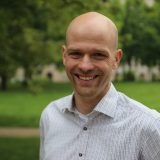